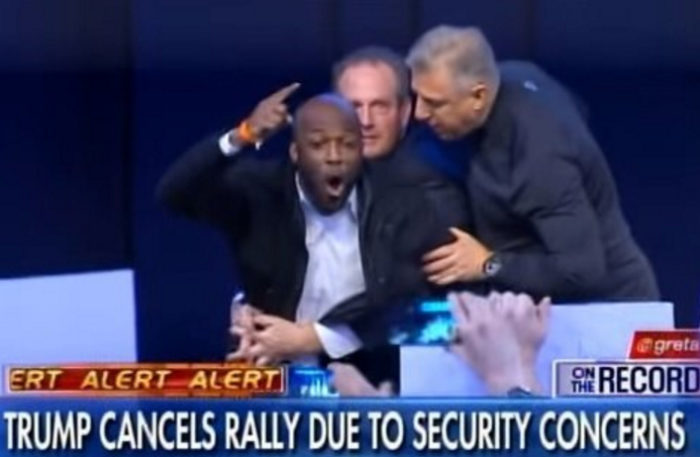 Not surprised because they only know violence, anger, hatred, lies and corruption. We have only limited free press at this point in time and a few internet sites. If she wins I’m sure that’s going to be controlled too. The evil of Hillary and her minions is horrible for our country. No question the swamp of Washington needs to be drained starting from the top down. Voted for Trump last week.

On Friday March 11, 2016 hundreds, possibly thousands of anti-Trump fascists shut down his Chicago rally. The event was called over security concerns. The far left goons were planning on storming the stage. One man did. This same man then attacked a Trump supporter in the crowd.

His name is Jedidiah Brown. He is a pastor and anti-violence activist.

Guy that threw the punch at the #TrumpRally is identified. He works for the city @livelifefreed @Cernovich pic.twitter.com/6L1EeIcSCU

Of course, this unhinged goon, who attended the rally to shut it down – not to listen – BLAMED TRUMP SUPPORTERS for the violence.

SKY News and the BBC gave this guy airtime to spew his hatred.

This week we found out, thanks to Project Veritas and Wikileaks, that the Chicago Trump protesters were paid activists.
It was planned by the Hillary campaign.