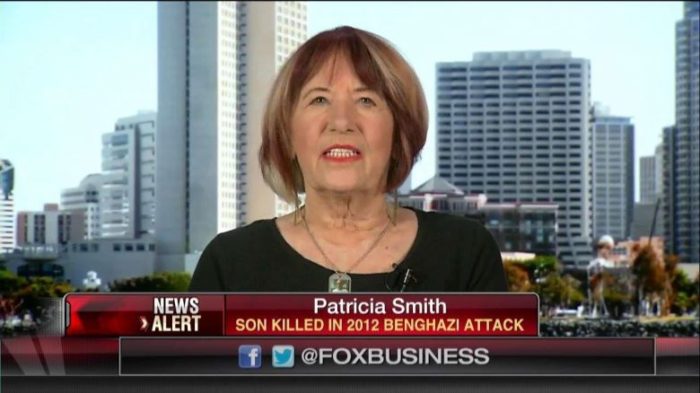 Patricia Smith is spot on with her statements. Hillary won’t take responsibility or give answers for anything she has done or lied about…

Patricia Smith, the mother of Benghazi victim Sean Smith, said she still has not heard from Hillary Clinton or anyone in the Obama Administration about why her son was killed in the 2012 attack.

She said she also isn’t surprised that there were 30 emails related to Benghazi which had not been turned over to the State Department.

Smith said that Clinton could even “make up a good lie that I can believe.”

She said that Clinton told her daughter the real cause of the attack, but she would not tell her.

Watch the powerful segment above.