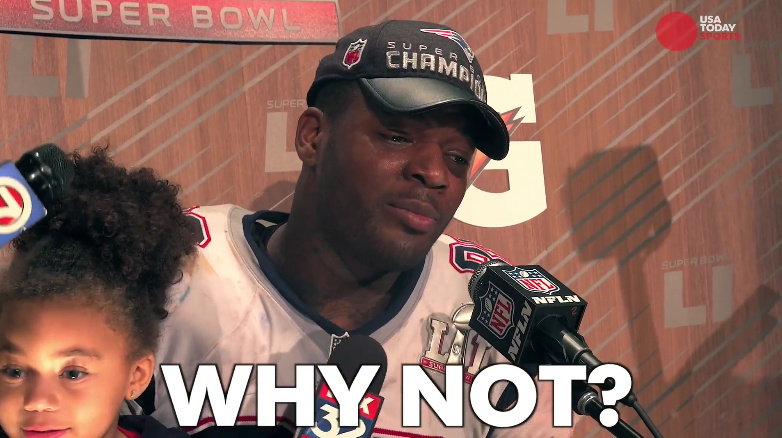 I feel confident that President Trump won’t care whether or not this idiot attends. He’s an embarrassment to his team, the NFL, and the entire country. Go ahead and stay home!

You can cross off the New England Patriots’ Martellus Bennett from the guest list when his team visits the White House and President Donald Trump to celebrate its Super Bowl victory.

“I’m not going to go,” the tight end said in a postgame interview, following the Patriots’ historic win over the Atlanta Falcons on Sunday. The team overcame a 25-point deficit, the largest in Super Bowl history. It was also the first time the big game had run into overtime.

Asked why, Bennett responded, “It is what it is. People know how I feel about it. Just follow me on Twitter.” […]

Bennett declared at media day last Monday that he likely wouldn’t attend the traditional White House celebration if the Patriots won “because I don’t support the guy in the house.” More

Pelosi Wants FBI Investigation: I Want To Know What Russians Have On Trump