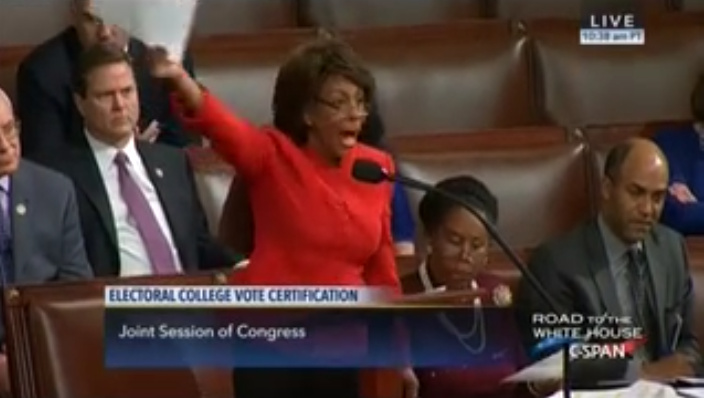 Can you imagine if this happened with republicans doing the protesting! I don’t recall this type of activity when Obama won the presidency! It’s time to just move on…

Speaker of the House Paul Ryan couldn’t hide his smile when Vice President Joe Biden repeatedly told protesting Democrats to sit down and shut up.

A joint session of Congress met Friday to certify the Electoral College votes cast during the 2016 presidential race.

“Mr. President, I object on behalf of the millions of Americans, including members of the intelligence committee,” Rep. Barbara Lee said before Biden cut her off and she was drowned out by boos.

“There is no debate. Debate is prohibited,” he said. “Objection cannot be received.” More