We now know for certain that Nancy Pelosi has completely lost her mind! It’s impossible to take her seriously with all this constant stupidity flowing from her lips.

Nancy Pelosi embarrassed herself once again as she arrogantly responded to a reporter asking her about Trump’s first foreign trip. President Trump has had a wildly successful foreign trip so far and she knows it which is why she failed miserably in her attempt to criticize him. 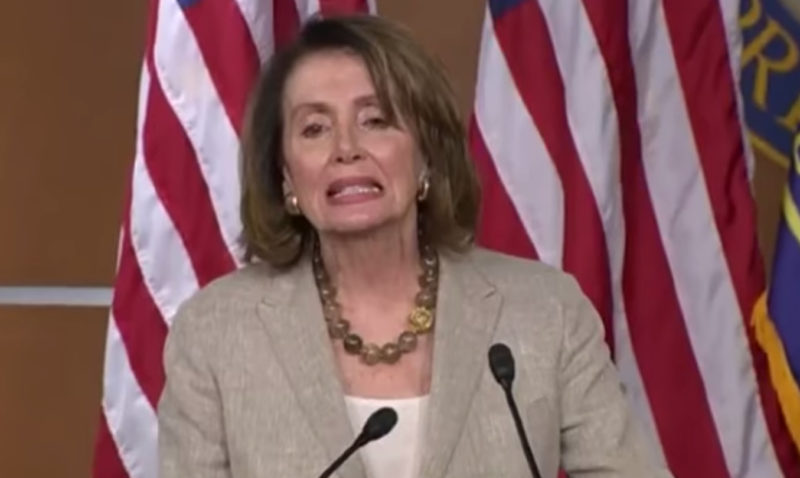 100%FedUp: During a press briefing on Thursday, Pelosi criticized the President Trump’s visit to Saudi Arabia first during his inaugural foreign trip.

“I thought it was unusual for the President of the United States to go to Saudi Arabia first. Saudi Arabia!” Pelosi said.

“It wasn’t even alphabetical. I mean, Saudi Arabia.”

“Our friends and neighbors… What was the decision-making process to go to Saudi Arabia first? That is a question that I have.”

This is just the latest odd thing Pelosi has blurted out during press briefings. This is beyond embarrassing for the Democrats…