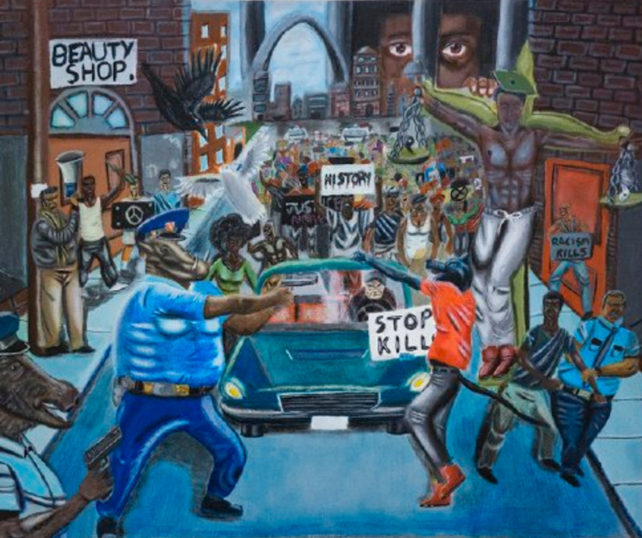 We thought this had been settled, but Pelosi wanted to stoke the fires and brought it back to the front and center. It’s appalling that vile creatures like Nancy Pelosi and her ilk are able to rise to a position of power.

House Minority Leader Nancy Pelosi made a vigorous but ultimately futile argument on Friday to keep student artwork hanging near the Capitol that portrays police as pigs, noting other politically themed paintings remain on the wall.

The controversial painting was selected as part of a student art competition in Rep. William Lacy Clay’s district. The Missouri Democrat hung it in the Capitol, and Republicans immediately demanded that it should be taken down.

After the Architect of the Capitol agreed the painting should be removed, Pelosi appealed the decision to the House Office Building Commission. Pelosi herself sits on that panel, which also includes House Speaker Paul Ryan, R-Wis., and House Majority Leader Kevin McCarthy, R-Calif. More