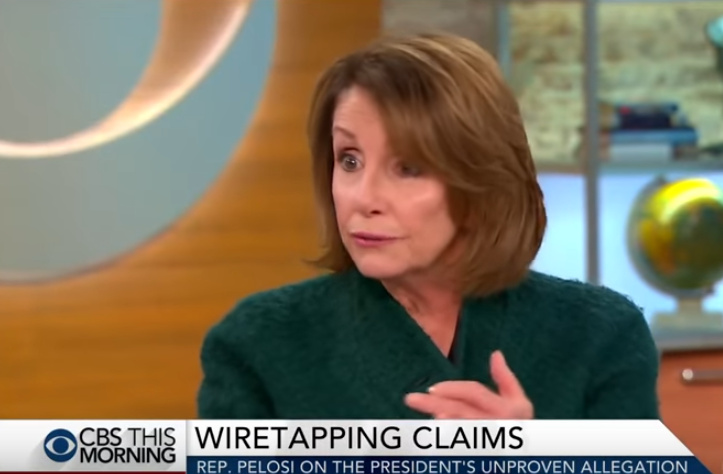 Is Pelosi delirious again? The interviewer didn’t bother to correct her either. If you’re going to lie, you better have to good memory. What a moron.

Pelosi is the poster child for why we really need term limits!

Co-host Norah O’Donnell asked Pelosi whether she had seen evidence in her role on the House Intelligence Committee to support Trump’s claim that former President Barack Obama had wiretapped Trump Tower.

“Once again, the president doesn’t know what he’s talking about because, first of all, the president can’t do that,” Pelosi said. “Maybe he’s projecting that’s something he’d like to do, but that isn’t what President Obama did or could do.” More