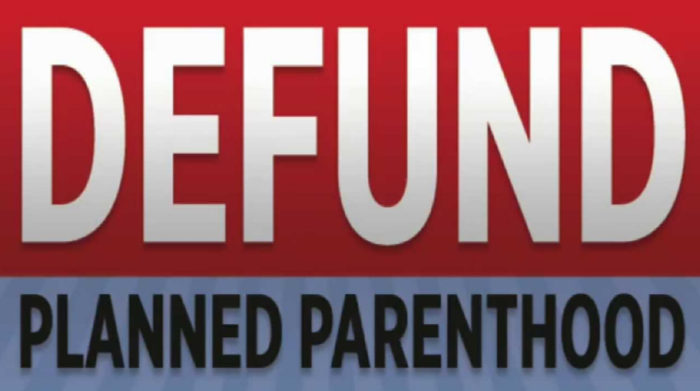 Planned Parenthood is one of the most evil and vile organizations that has ever existed. The fact that taxpayer money is funding this is a national disgrace.

Congressional Democrats today are rewarding their efforts to shut down the select panel the House of representatives approved to investigate Planned Parenthood and its sales of body parts from abortion babies.The call was led by Democrat leader Nancy Pelosi, who called the investigation “unAmerican.”

But pro-life groups say the call is duplicitous because the Democrats get significant campaign funding from the abortion company.

Democrats are ramping up their calls for GOP House leaders to disband the committee set up to investigate Planned Parenthood, saying that it is endangering doctors and violating chamber rules.

Opponents of the special panel have been drawing attention to their effort, releasing a letter to Speaker Paul Ryan (R-Wis.) this week, and holding a press conference on Friday.

“What’s going on in the Congress today is, to borrow a phrase, unAmerican,” said House Democratic Leader Nancy Pelosi (Calif.) on Friday, adding that the committee is acting in ways “not seen on Capitol Hill since the days of Joseph McCarthy.”

Democrats said that one person deposed by the committee, whom they did not identify, wrote letters to Ryan and Energy and Commerce Chairman Fred Upton (R-Mich.) objecting to be called.

“Those requests have been refused or met with deafening silence,” the Democrats wrote to Ryan. “Facing the threat of contempt, that person appeared before the Panel last week. During eight hours of questioning, she was asked to ‘name names’ by Republican staff who refused to explain how their requests bore any relation to a legitimate investigative aim.”

Reynard said that the deposition “lasted much longer than it needed to solely because of the Democrats and the witnesses’ attorneys” putting forward “baseless” objections.

He said that the deposition began at 10 a.m., but the questioning did not begin until 11:23 because of objections.

Leading pro-life groups found it ironic that Pelosi and House Democrats would call for an end to the investigation o the anniversary of Kermti Gosnell’s conviction. More