This is a US congresswoman, the leader of the Dems in the House? And this is what she is saying? Investigate President Trump for going to Saudi Arabia? How many investigations did she call for when Obama traveled? Exactly zero!

Washington Times: House Minority Leader Nancy Pelosi said Friday she finds it “strange” that President Trump decided to make Saudi Arabia his first foreign trip, adding that she was looking into it. 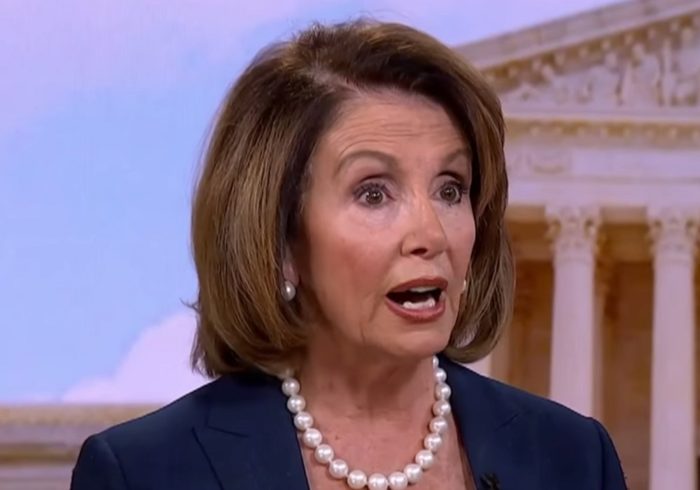 “I just think it was a very strange choice to go there,” Mrs. Pelosi, California Democrat, said on MSNBC. “Especially in light of having served on the committee that investigated 9/11, and knowing the suspicions that exist in our country, and among his people.”

Mrs. Pelosi also said that she heard that, similar to Mr. Trump’s exchange with former FBI Director James B. Comey, he “cleared the room there,” also.

She would not go into why she was looking into the matter, or if she had found anything, but just reiterated that she thought the choice was odd considering most other presidents opt for a friendly country like Canada or Mexico.

Mrs. Pelosi also criticized House Speaker Paul D. Ryan for giving Mr. Trump a pass on his exchange with Mr. Comey because the president is “new” to government and may not know the relationships between the various branches.

“He’s not new at obeying the law. I think you could say that he’s given reason to believe that this should be looked into,” she said. “I think it’s an abuse of power, and as far as obstruction of justice, I think there’s reason to believe and I think [special counselor Robert Mueller]should look into this.”

“What I have advised him to do is go to sleep. Go to sleep. Get to a place where the synapses are working,” she said. More

A Shocking First-Hand Account of the Islamization of an American Small Town: “MY HOMETOWN IS GONE”