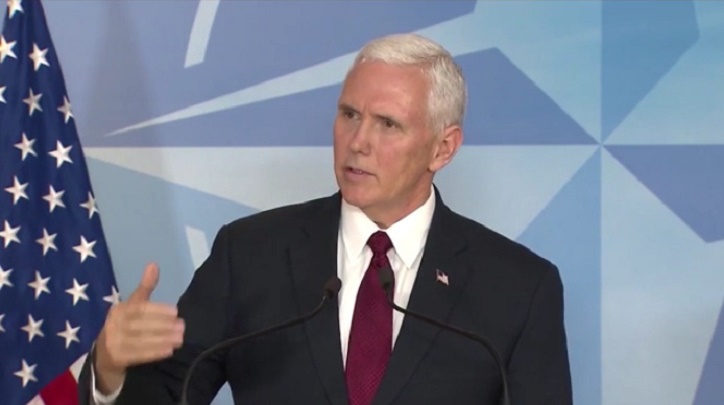 Mike Pence says NATO defense costs must be ‘shared fairly’ by Europe, and warns that America’s patience ‘will not endure forever.’

“So far, of the 28 NATO members, only the United States, Britain, Poland, Greece and Estonia have met the two percent target” Five nations out of 28 fulfilling their promises is really pathetic. If you are a member and do not intend to pay your fair share, then just drop out of NATO.

Should the USA just pull out of this farce all together?

Vice President Mike Pence says European nations need to speed up plans to contribute two percent of their gross national income to NATO and encourage other member nations to do the same.

At a news conference with NATO Secretary General Jens Stoltenberg on Monday in Brussels, Pence reiterated the Trump administration’s position ‘that for too long, for too many’ the burden of paying for NATO has ‘not been shared fairly among our NATO allies.

‘That must come to an end,’ the vice president said.

The U.S. leader declined to make new threats to nations that don’t pay up, but he warned, ‘The patience of the American people will not endure.’ More