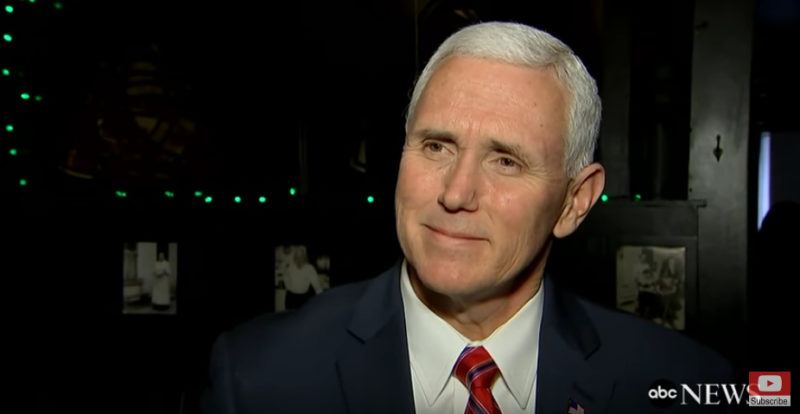 Vice President Mike Pence’s use of private email while he was governor is NOTHING like Hillary’s server scandal: It’s an ‘apples to oranges comparison.’

FYI Democrats, It’s not against the law, all his emails were archived as required by law, no classified information, and no private server. But thanks for playing!

First it was Flynn, then Sessions, now Pence.

A White House spokeswoman said Friday that Vice President Mike Pence ‘did everything to the letter of the law’ after public records revealed that he used a private email account to conduct public business as Indiana’s governor.

Comparing that mini-scandal to Hillary Clinton’s more expansive problems stemming from her use of a private email server while she ran the State Department, said Sarah Sanders, is ‘apples to oranges.’

‘There’s light years of difference,’ she told reporters aboard Air Force One.

‘He wasn’t handling classified info like she was,’ Sanders said, adding that the laws are different in Indiana and Pence followed them. ‘All of his emails he turned over specifically to be archived, which is why anybody even knows about the account.’

Pence himself told a pool reporter on Friday that ‘there’s no comparison whatsoever between Hillary Clinton’s practice – having a private server, misusing classified information, destroying emails when they were requested by the Congress.’

And Clinton was photographed Friday on an airplane, reading a newspaper front page story about Pence’s email woes. More