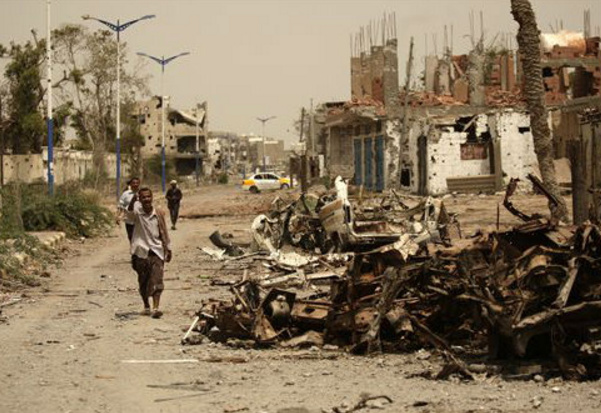 Has Congress authorized this?

The Pentagon confirmed Friday that the U.S. has had troops on the ground in Yemen for roughly two weeks.

The military’s special operation troops are assisting Yemeni and Emirati forces in their fight against al Qaeda.

U.S. military activity in Yemen has been relegated mostly to airstrikes for more than a year following the overthrow of the government in the capital Sanaa by Houthi rebels, but Friday’s announcement signals a new level of involvement in the conflict — one that the Pentagon described as temporary without putting a timeline on it.

Navy Capt. Jeff Davis, a Pentagon spokesman, told reporters that the U.S. is sending a “small number” of military personnel along with “medical teams, maritime support and intelligence-gathering assets including airborne surveillance aircraft” to the Emirati and Yemeni troops.

“We view this as short term,” Davis told reporters Friday.

Local forces are fighting al Qaeda in the Arabian Peninsula, the terrorist group’s most lethal branch.