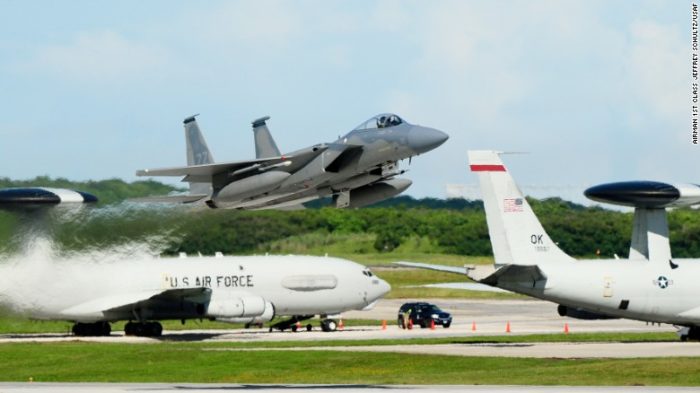 China is just another country trying to walk all over the US. When is the government going to wake up and do something about it besides talk to them and ask them not to do it again.

At least two Chinese J-11 tactical aircraft carried out an “unsafe” intercept of a United States EP-3 reconnaissance aircraft that was conducting a routine mission in international airspace over the South China Sea, a U.S. defense official told CNN Wednesday.

The Chinese jets came within 50 feet of the American aircraft at one point, the official said.
The incident took place on Tuesday.

“We have made progress reducing risk between our operational forces and those of the People’s Republic of China by improved dialogue at multiple levels under the bilateral Confidence Building Measures and the Military Maritime Consultative Agreement,” Capt. Jeff Davis, a Pentagon spokesman, said.

“Over the past year, we have seen improvements in PRC actions, flying in a safe and professional manner,” he said. “We are addressing the issue through the appropriate diplomatic and military channels.”
A separate defense official told CNN this type of incident is not something the U.S. military frequently sees in that region with Chinese aircraft. Incidents with Russian aircraft in the Black Sea that have been well documented over the past year are much more common.
This is an incident that “definitely has people’s attention” at the Pentagon, the second official said.