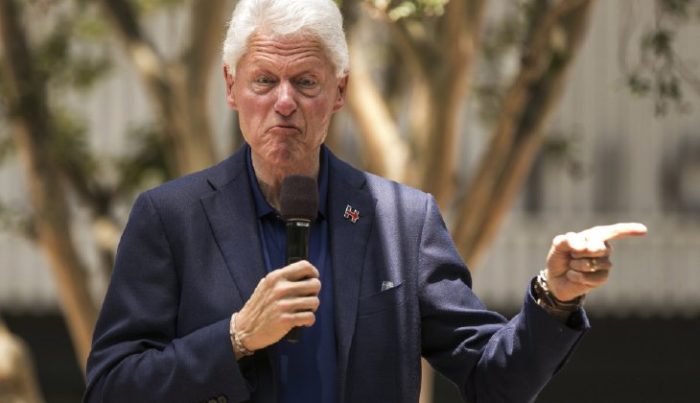 Former President Bill Clinton believes if more people at the Pulse nightclub had legally been carrying guns, more innocent people would have been shot.

Following terrorist attacks in Paris, San Bernardino and Orlando, presumptive Republican nominee Donald Trump has argued arming more citizens would make the public safer. But in Atlanta on Tuesday, Clinton said that was not true.

“I think it’s likely that more people would’ve been killed,” the Democratic president told Bloomberg TV’s David Westin at the Clinton Global Initiative’s 2016 American Meeting on Tuesday. “Did you see how dark it was?”

Bill reiterated Hillary’s recent campaign remarks, called for greater communication and reliance between the intelligence community and law enforcement officers to alert each other of lone wolves.

Clinton called on the public to pay closer attention to warning signs from friends and family members, likening it to watching for “clear signs like in suicides.”