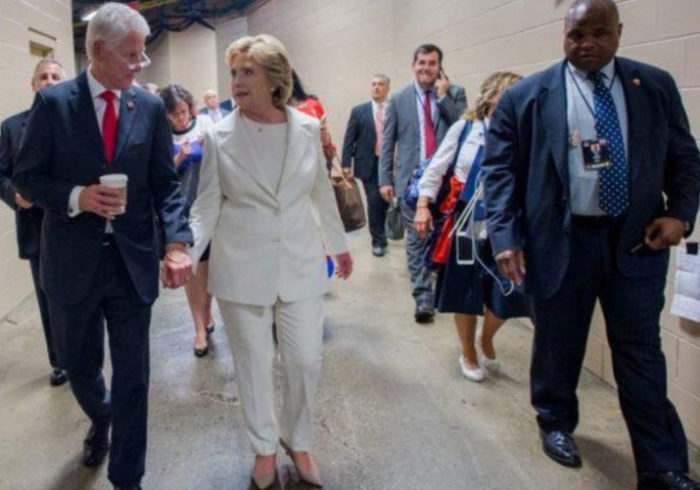 Hillary’s health is much worse than we previously thought. In her most recent seizure watch closely (video below) as the man to her immediate left with the striped tie removes what appears to be a syringe from his left shirt pocket. He then palms it in his right hand. As the black man, after halting the two secret service agent, returns from Hillary’s right side he motions to the man with the stripped tie to leave the stage. He then adjusts his tie with his right hand just like a magician to divert attention from what his hand was really doing. It appears he was getting ready to give her an injection before being stopped.

As reported earlier by Joe Hoft

In recent bizarre events on the campaign trail a strange man was noticed at Hillary Clinton’s side.

** Danger and Play has much more.

The man is dressed like a secret service agent but his actions prove otherwise. 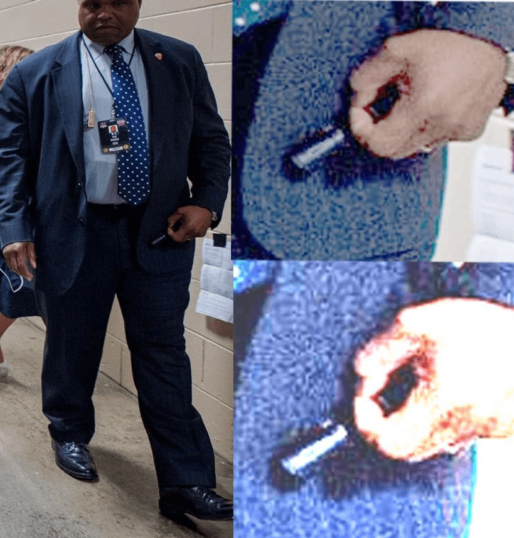 In a recent campaign stop in a Union Hall in front of a sparse crowd, at about the time when some liberal protesters began to protest, Hillary Clinton suddenly froze. She looked dazed and lost.  Seeing this, a group of men rushed to assist the candidate on the stage.  One man however gently pats the candidate’s back and then says, “Keep Talking.”

Now this… Mike Cernovich pointed out that Hillary’s handler carries a Diazepam pen.

** Diazepam auto-injector pens are used for for Acute Repetitive Seizures.
Diazepam is prescribed for patients who experience recurrent seizures!

Secret Service agent was carrying an auto-injector with Diazepam pic.twitter.com/6d3B5mmaOe

Hillary’s handler was definitely carrying an auto-syringe at the DNC Convention on Hillary’s big night.