Socialists and Marxists aren’t really too smart about economics. I really love the fact they demand the University collect NO tuition while at the same time demanding the University PAY student employees $15 an hour. How does that work out economically? 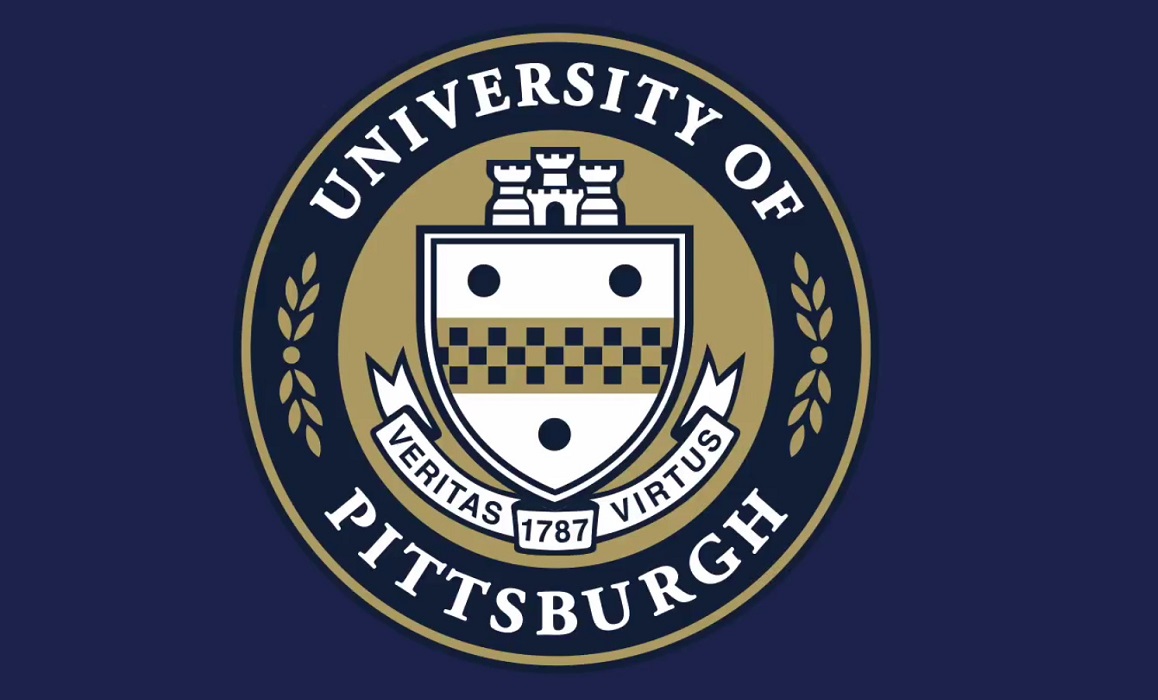 According to The Pitt Maverick, members of the school’s Fossil-Free Pitt Coalition and United Students Against Sweatshops presented a list of 15 demands to Chancellor Patrick Gallagher during a Friday protest.

“Chancellor Gallagher, in the political climate we’re forced to inhabit, our university cannot stay silent on issues that affect our community,” the ultimatum states, giving Gallagher until the 2018 academic year to address the demands. “To do so would be to stand in opposition to those of us in the Pittsburgh community [who]are vulnerable to classism, racism, [and]gender-based violence.”

While the demands center mostly around financial and diversity issues, one demand requests “that all campus cops [be]disarmed and that city cops [be]banned from campus,” even though other universities, such as the University of California, Berkeley, have increased security on campus in the wake of violent Antifa protests. More 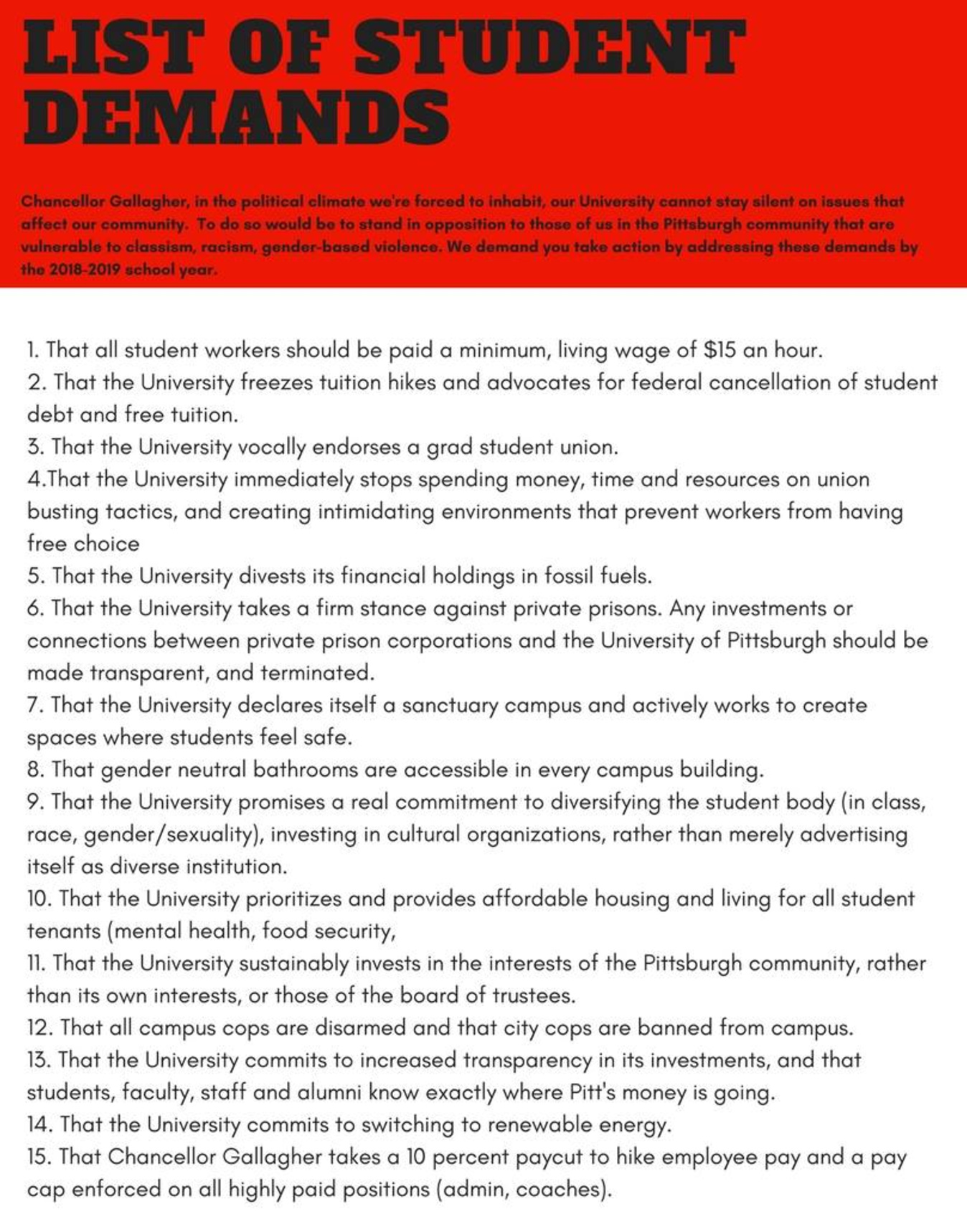