To Promote Abortion At DNC Guess What Planned Parenthood Uses… 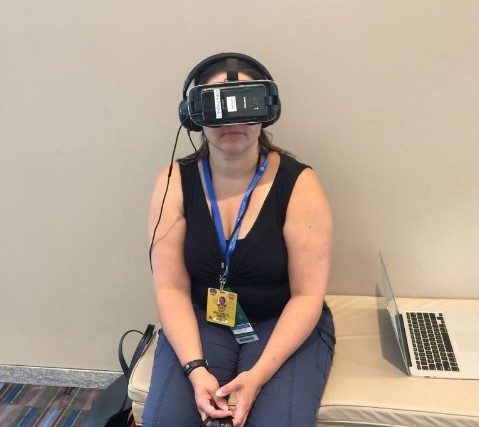 If Planned Parenthood is a tax-free non-profit abortion slaughterhouse organization, what are they doing at a political party convention? They are Democrats, so laws don’t really apply to them.

Steps outside a women’s caucus meeting at the Democratic National Convention, Planned Parenthood’s lobbying arm got techy with attendees, using computer-generated imagery to give people a first-hand look at the protests some women face when walking into abortion clinics.

“Planned Parenthood Action Fund is here sharing a virtual reality film called ‘Across the Line,’ which puts people inside the experience of what it’s like to cross the line of anti-abortion protesters who stand outside abortion clinics to bully and intimidate patients and staff as they walk inside,” Kristen Tilley, an official at Planned Parenthood Action Fund, told The Daily Signal.

The 7-minute video is comprised of three scenes, and requires viewers to wear a pair of headphones and specially-equipped Samsung goggles.

According to Tilley, the first scene is scripted, depicting a doctor and patient discussing the abortion process inside a clinic room. The patient, who in real life was a former Planned Parenthood patient, is heard discussing with her doctor what it was like passing through the picket line. More

To Promote Abortion At DNC Guess What Planned Parenthood Uses…