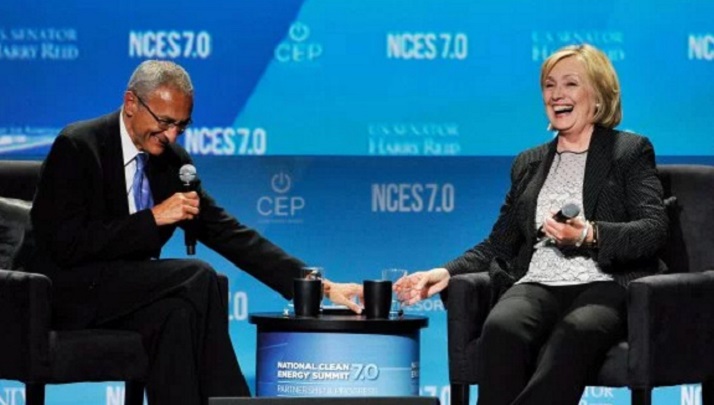 Just remember if this had this been any one of us, we’d all be in prison by now serving long prison terms. 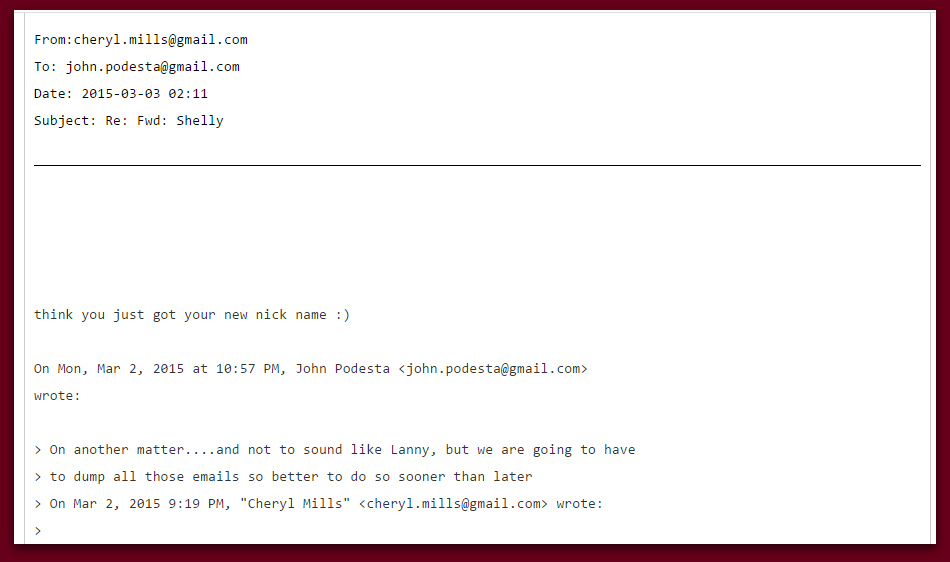 The email was hours after the story broke earlier that day that Hillary had a private server. The subpoena for the emails and the server came two days later, as they knew it would.

The same day Hillary Clinton’s use of a private email server came to light, her campaign chairman, John Podesta, told her former chief of staff to “dump all those emails,” the New York Post reported Tuesday.

The exchange was revealed in hacked emails from Podesta’s account that WikiLeaks released Tuesday. The U.S. government has accused Russia of penetrating American political networks to influence the 2016 election.

Podesta instructed Clinton’s former chief of staff at the State Department, Cheryl Mills, to delete the emails when news of her private server became public, according to the Post. More