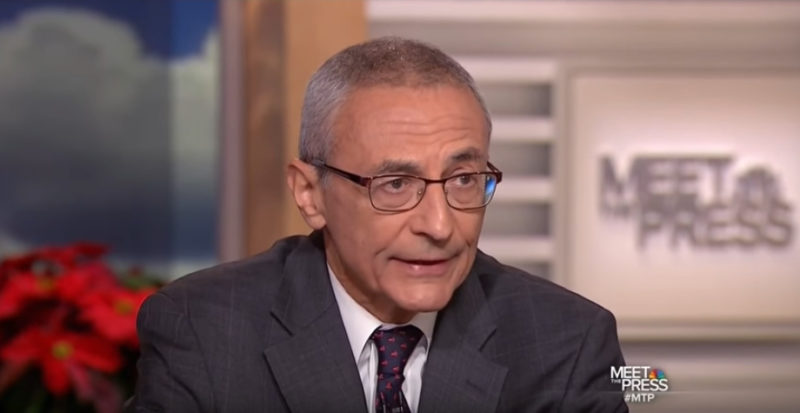 “Do you believe this was a free and fair election?” NBC “Meet the Press” host Chuck Todd asked Podesta, whose hacked emails were published online during the campaign.

“I think the Russians clearly intervened in the election,” Podesta responded.

He also asserted, citing recent reports, that “the CIA, the director of national intelligence, and the FBI all agree that the Russians intervened to help Trump” and that Russian president Vladimir Putin “was personally involved.” More