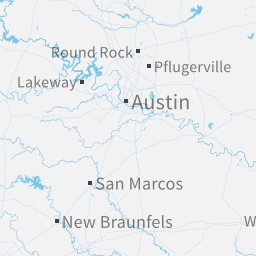 The gun grabbers are going to be all over this, like every other shooting incident. The Austin police had originally tweeted it was an active shooter situation but turned out to be 2 separate incidents.

One person was killed and four were injured early Sunday in two separate shootings in a crowded area of downtown Austin, Texas, police said.

The first incident began at 2:17 a.m. local time when police received reports of gunshots, Austin Police Chief of Staff Brian Manley said in a news conference.
He said a woman, believed to be in her 20s, was pronounced dead at the scene.
Three victims — all women in their 30s — were taken to University Medical Center Brackenridge with gunshot wounds. One additional victim refused treatment.
Police say that there was a disturbance on Sixth Street, a popular nightlife district, where the suspect pulled out a weapon and began firing into the crowd.

The suspect is still at large, police said.

LIVE on #Periscope: Briefing on downtown shooting in ATX. https://t.co/e8rB2KldPe

“As officers arrived, as you can imagine, with this being shortly after 2 a.m., and the large crowds we have on Sixth Street at this time, all the individuals leaving the bars, it was a very chaotic scene,” Manley said. “A lot of people running in different directions with all the gunshots that were coming out.”
The second, unrelated, incident began just seven minutes later. Police got a call about a disturbance at a parking garage just blocks away from the first incident.
“One individual (there) did pull out a weapon and fire it at another individual,” Manley said.
Witnesses engaged the suspect, disarmed him and took him down, Manley said. The suspect was transported to a local hospital with non-life threatening injuries.
Authorities in the Texas capital are asking those with videos of the incidents to send them to police.
Austin police had earlier referred to the event as an “active shooter incident” in a tweet. But Manley said the two separate incidents so close together caused the confusion.

*NEW* BOMBSHELL: Whistleblower EXPOSES Biden For Knowingly Imported HUNDREDS Of Afghan TERRORISTS In US In Brand New Report That Should Take Biden Down For GOOD
America's Freedom Fighters

Now They Are Literally Bowing Down And Worshipping Baal Right In Front Of Our Eyes
August 7th, 2022 DC Clothesline

99 Relatable Things That Only Preppers Will Understand
August 7th, 2022 Sons of Liberty Media

Why Is Walmart Laying Off So Many Workers?
August 7th, 2022 DC Dirty Laundry