So let me see if I have this right… Reviewing a true and accurate recording of an event prior to doing a police report somehow hurts people of color? SJW’s were all screaming for police cams because they thought it would record officer misconduct but when people actually saw some of the savage behavior officers were forced to confront it instantly turned into a racist problem. 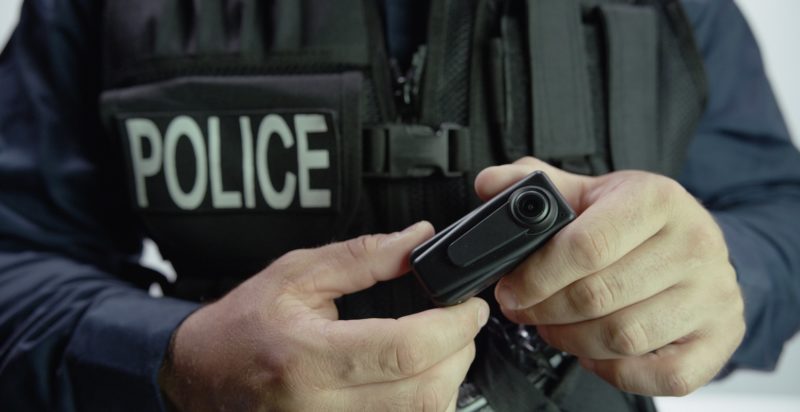 The number of U.S. police departments outfitting their officers with body cameras increases each year, but the cameras can pose a threat to civil rights if the departments fail to set rules that govern when officers review footage from their cameras, according to a new report.

The vast majority of the nation’s biggest police departments allow officers to watch footage from body cameras whenever they want, including before they write their incident reports or make statements, said the report, which was released Tuesday by the Leadership Conference on Civil and Human Rights.

“Unrestricted footage review places civil rights at risk and undermines the goals of transparency and accountability,” said Vanita Gupta, former head of the Department of Justice’s Civil Rights Division and current head of the Leadership Conference, in the report’s introduction.

Because an officer’s memory of an event may be altered by watching body camera footage, doing so will likely alter what officers write in their reports. That, in turn, can make it more difficult for investigators or courts to assess whether the officer’s actions were reasonable based on what he or she perceived at the time of the incident, states the report, “The Illusion of Accuracy: How Body-Worn Camera Footage Can Distort Evidence.” 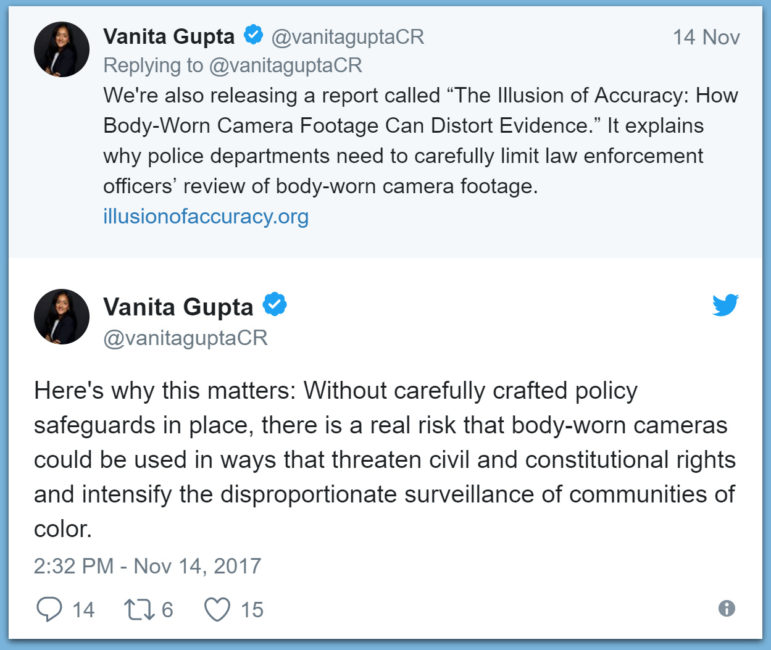 Body camera programs are in place at 62 of the 69 largest U.S. police departments, according to a scorecard released Tuesday by the Leadership Conference. Most of those departments—55, or almost 80 percent—allow officers to view their footage whenever they want.

The Leadership Conference report advises that police departments institute a “clean reporting” policy, under which officers write an initial incident report before reviewing any footage. Only afterward would they watch the footage and write a second, supplementary report.

“We make the case that in the interests of consistency, fairness, transparency, and accountability, clean reporting should be adopted as a standard practice for all police departments with body-worn camera programs,” writes Gupta in the introduction.

Some policing experts say officers should view the footage before writing a report to make sure the account is correct. Read more at Newsweek.

Former Biden Secret Service Agent: We Had to Protect Women From Him... ‘Weinstein Level Stuff’