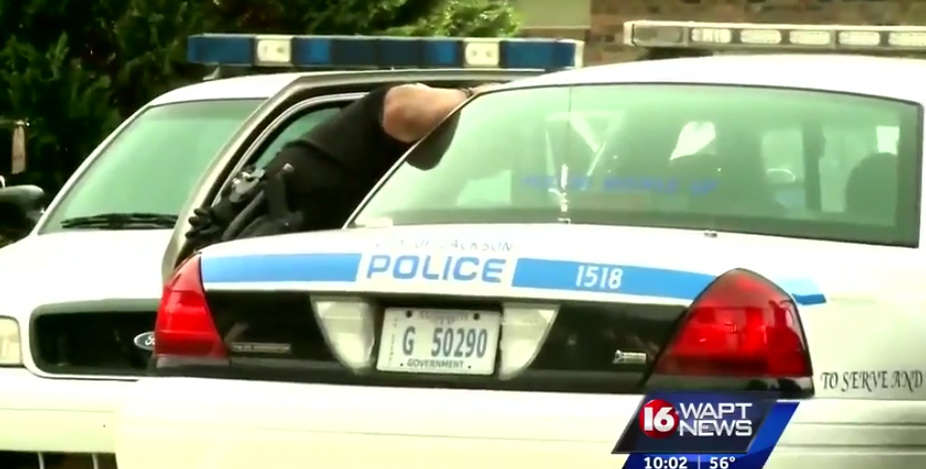 This police chief should grow a pair, you don’t need to be PC anymore, the clown and his circus have left DC…

An Eastern Kentucky police chief has removed large decals with the Punisher skull and “Blue Lives Matter” from eight police cars after a backlash following the publication of a Herald-Leader story.

The Catlettsburg Police department, which employs eight full-time and two part-time officers for a population of about 2,500, featured the images on the hoods of its 2013 and 2017 Ford Interceptor sedans and sport-utility vehicles, assistant police chief Gerry Hatzel said. The stylized skull was from “The Punisher” comic book series.

The logo was praised by local residents but raised questions among others in the commonwealth.

The designs were spearheaded by Police Chief Cameron Logan, who worked with a vinyl decal shop in Louisiana to get the decals printed. Logan installed the decals on all the police vehicles in December. He would not discuss how much the decals cost.

“That design is basically to give back to the police officers,” Logan, who has been with the department for 13 years, said before reversing course on the emblems. “Our lives matter just as much as anybody’s. … I’m not racist or anything like that, I’m not trying to stir anything up like that. I consider it to be a ‘warrior logo.’ Just ’cause it has ‘Blue Lives Matter’ on the hood, all lives matter. That decal represents that we will take any means necessary to keep our community safe.”[…] More