The Antifa are idiot violent communists… They need to be declared a terrorist organization before people die.

No doubt the mayor told the cops to stand down. The city was okay with the antifa protest, but tried to ban the free speech protest.

It’s interesting that these weapons were confiscated but no mention of arrests? 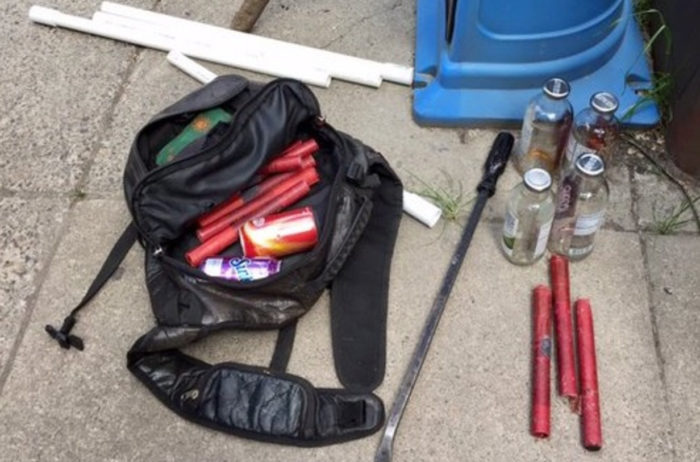 The dueling protests in Portland kicked off to an exciting start. Police rushed into the anarchist crowd to start confiscating possible weapons and making arrests.

There were reports that the protesters were tossing used tampons and bags of crap at the officers.

Antifa throwing balloons with filled with sh*t, bloody tampons and Burning flags. So disgusting. And this is why Trump’s base is growing. https://t.co/09mLmNOHYn

In one park the Trump supporters gathered for their free speech rally. In the other park and along the sidewalks were the counter protesters, made up of various anarchists, “antifa”, illegal alien supporters, and other communist sympathizers.

Officers have made an arrest and seized several weapons from the suspect. pic.twitter.com/5IUUvqLHii

The officers also confiscated bags of dynamite from the leftist protesters.

These are some of the items that have been seized so far today. pic.twitter.com/VsfenLPZhS