Well, they’re not even trying to hide it anymore, waving full communist hammer and sickle flag for the world to see. I wonder if the leftist media scumbags will show it?

TGP: The police weren’t putting up with the violence and slammed masked Antifa terrorists to the ground while making multiple arrests. 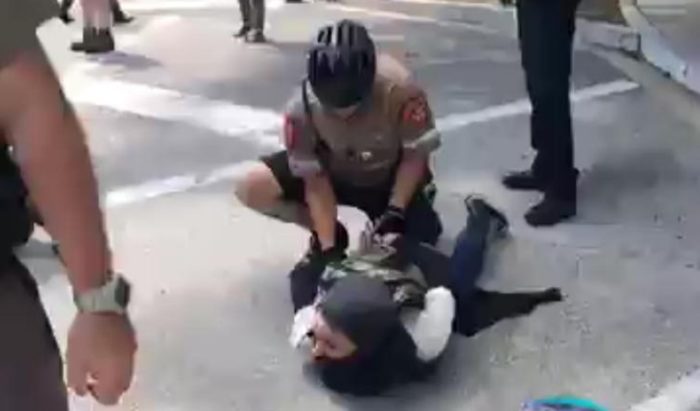 The Texas Confederate Militia decided to postpone their rally to a later date because they received violent threats from Antifa. Even though the rally was canceled, Antifa protested anyway.

Antifa celebrated, claiming the white supremacists canceled their rally due to the community’s response.

Why are Antifa protesters allowed to show up masked with weapons? If masks were banned and they were declared a domestic terrorist organization, the violence would virtually end.

The Antifa terrorists were screaming at the police officers calling them “murderers” and “violent pigs”. They were also calling the cops “f*cking psychopaths!” as they made arrests.

This is what we get after Obama demonized police officers for 8 years.

Video via Circa News: (language warning)

Altercations between police and protesters in Austin, TX.

Altercations between police and protesters in Austin, TX.