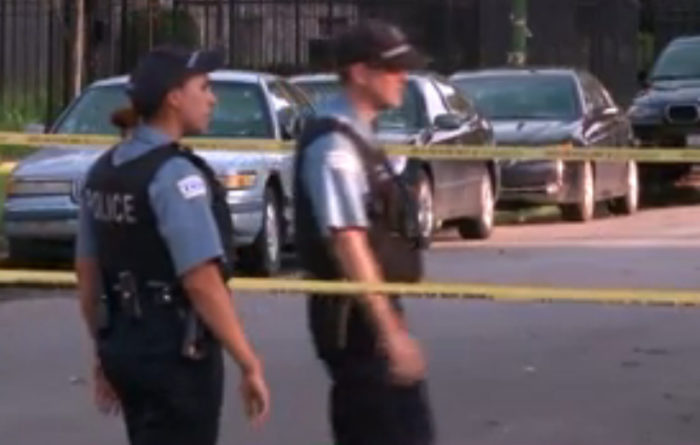 Says spend time with their families…

Where’s Kaepernick? Maybe he should step up to the plate and form citizen patrols.

As Chicago struggles with a growing violence problem, the head of the police union is telling his members to avoid overtime for the Labor Day weekend.

The union says the move is meant to give officers more time with their families, but some critics see it as a way for police to make a point at the expense of the people living in violent neighborhoods.

It is turning into a war of words between the powerful police union president and one of Chicago’s most respected religious leaders, and it all comes on the heels of Chicago recording its 492nd homicide of the year, more than New York and Los Angeles combined.

Chicago has already surpassed the total number of homicides from last year, having just ended the bloodiest August in nearly two decades.

As the city approaches the long labor day weekend, the president of the Fraternal Order of Police is urging rank-and-file cops to decline overtime.

“They`ve been stretched pretty thin, so this is the last weekend they can have with their children, so what we decided to do is just say take a weekend off, don`t work those extra days,” said Dean Angelo.

“Go to hell! Go to hell, Angelo! How dare you tell police to not do overtime and make our streets less safe,” Pfleger told the crowd of protesters. More

If “Facebook Is Private,” Why Are They Feeding Private Messages Of Its Users Directly To The FBI?
January 22nd, 2021 Sons of Liberty Media

Reporter Dares To Ask Biden About His Vaccination Goals; President Responds With ‘Give Me A Break
January 22nd, 2021 The Political Cowboy
SHARE