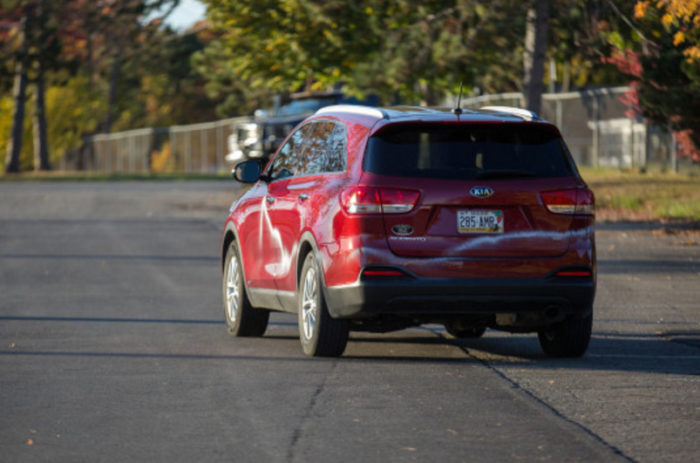 Police said on Sunday that no one has been charged in connection with an act of vandalism that left several cars marked with white spray paint outside Republican presidential nominee Donald Trump’s Saturday rally in Bangor.

The investigation was ongoing Sunday and new information likely won’t be released until Monday, Sgt. Wade Betters of the Bangor Police Department said.

In a statement released Saturday, a Bangor police spokesman said that officers were “seeking witnesses and reviewing video” in the criminal mischief case at the New York City billionaire’s us-against-them speech blasting “ a rigged system” at the Cross Insurance Center.

More than 20 cars parked between the Bangor Raceway and Buck Street were hit with lines of white paint. Attendees said the owners of some of the cars appeared to drive off without noticing the vandalism.

Paul Foster, a painter and Trump supporter from Eastbrook whose van was painted, said the rally “couldn’t have been more peaceful,” but he blamed the vandalism on Trump opponents, saying “there ain’t no thinking about it, I know so.”

“Why can’t they do a peaceful protest instead of painting cars, all of this, to make their statement?” he said. More