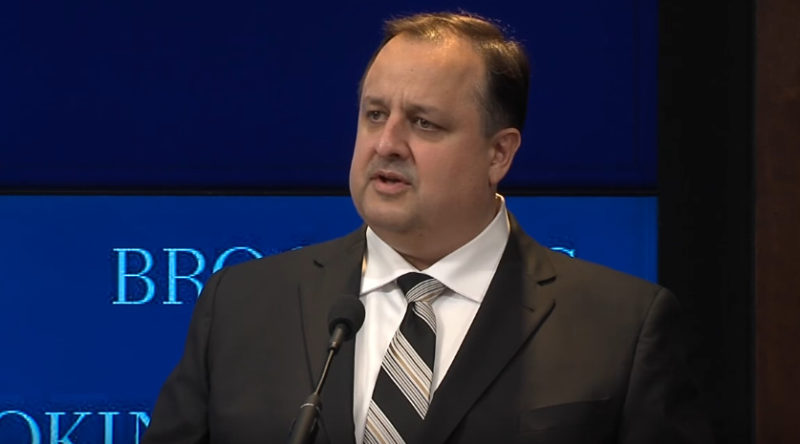 Ethics is totally a foreign concept to most Dems. Every Obama appointee has been a political hack. This is why lowering the swamp is insufficient. It must be drained completely.

Director of the Office of Government Ethics Walter M. Shaub donated to President Obama before his appointment and defended Hillary Clinton’s decision to not disclose paid speeches to the Clinton Foundation while she was secretary of state.

Shaub, the head of the little-known ethics office, has been on the attack against President-elect Donald J. Trump for months.

A timeline compiled by the PAC America Rising of Shaub’s service at the ethics office revealed Shaub donated to Obama before his appointment in January 2013, and has a record of defending Hillary Clinton when she was a presidential candidate from ethics concerns.

Shaub donated $500 to Obama’s reelection campaign in 2012. When Clinton came under fire for not disclosing paid speeches to the Clinton Foundation while she was secretary of state, his office said disclosure was not required.[…]

“I need to talk about ethics today because the plan the president-elect has announced doesn’t meet the standards that the best of his nominees are meeting and that every president in the past four decades has met,” he said. “My hope is that, if the Office of Government Ethics can provide some constructive feedback on his plan, he may choose to make adjustments that will resolve his conflicts of interest.” More