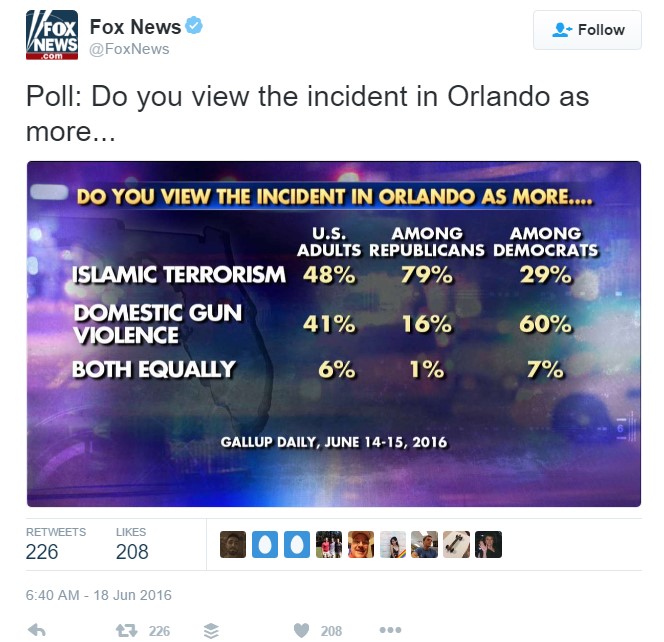 I don’t know many who get their news from the lame-stream media, because they have consistently lied about everything.

WZ: So you have an Islamic terrorist who even in 2001 as a teenager was cheering the 9/11 attack. He cased different targets, including Disney World (happy, but not a ‘gay’ target) and prepared for the attack apparently for quite some time.

He also tells victims he’s doing it because the ‘US bombing of my country'[Afghanistan, he was born in NY but apparently self-identified as Afghan]. ISIS claims the attack and calls him a ‘soldier of the caliphate’. More

Sarah Palin BLASTS Obama On His Reaction To Orlando