Perhaps Pope Francis should pick up the Bible and read it…  Isn’t he supposed to be espousing boldly that Christianity is the one true religion?

This is absolutely the worst Pope in my lifetime. He is doing to Catholics what Obama did to the Democrat party.

Pope Francis Wednesday defended the “status quo” of Jerusalem, hours ahead of an announcement by US President Donald Trump in which officials said he will recognize the disputed city as Israel’s capital. 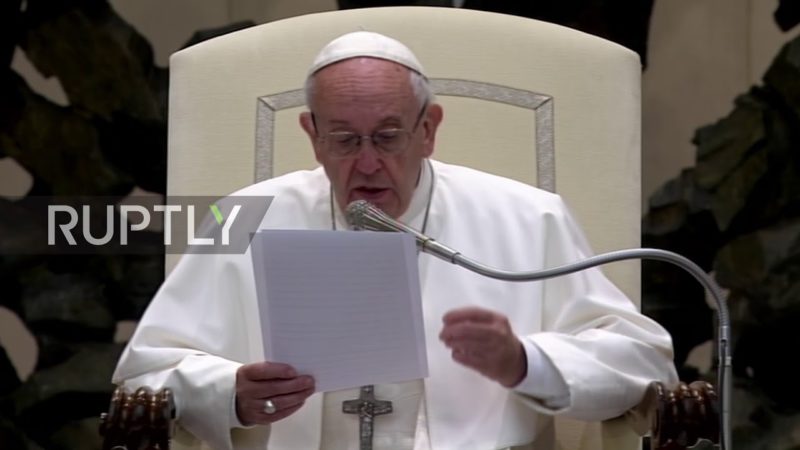 “I cannot silence my deep concern over the situation that has emerged in recent days. At the same time, I appeal strongly for all to respect the city’s status quo, in accordance with the relevant UN resolutions,” the pope said in his weekly address.

The Argentine pontiff’s call came a day after he spoke by phone with Palestinian president Mahmud Abbas, the Vatican said without elaborating.

“Jerusalem is a unique city, sacred for Jews, Christians, and Muslims,” he said, adding that it was home to sites deemed holy by followers of the three major monotheistic faiths.

Funny how he should mention the “status quo” of Jerusalem. I wonder what he thinks about the “status quo” of the middle east, where Muslims have been wiping out Jewish and Christian communities for the past 1400 years, a gruesome trend which has been accelerating.

Israeli Prime Minister Benjamin Netanyahu hailed Trump’s announcement as a “historic landmark” and urged other countries also to move their embassies in Israel to Jerusalem.