Breitbart: In a message released on the eve of the anniversary of the 9/11 Islamic terror attacks in the United States, Pope Francis has reaffirmed his conviction that all religions want peace and cannot do otherwise.

In his message for an interreligious meeting being held in Münster and Osnabrück Sept. 10-12, the Pope stated that religions are called to respond to people’s thirst for peace, and “together with all men and women of good will, to pave tirelessly new paths of peace.” 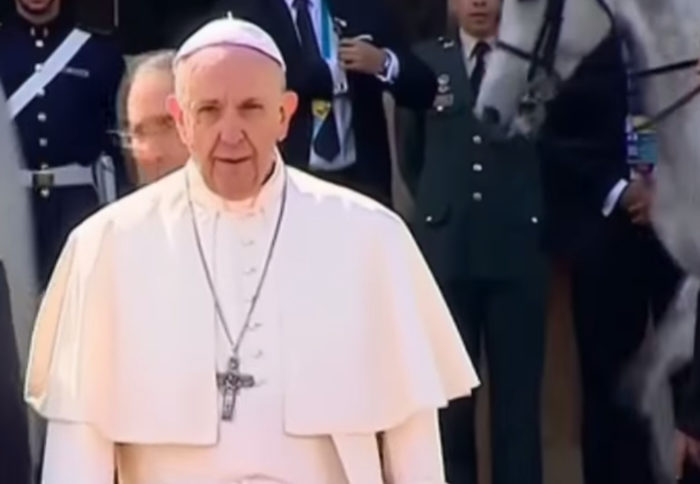 Religions “cannot desire anything other than peace, as they pray and serve, ever ready to help those hurt by life and oppressed by history, ever concerned to combat indifference and to promote paths of communion,” he said.

A year ago, Pope Francis made the same point in a brief address aboard the papal plane en route to Krakow for World Youth Day. At that time, the Pope told journalists traveling with him that the world is at war, but it is “not a religious war.”

“Every religion wants peace,” he said.

The Pope created a media frenzy earlier this year when he asserted that Islamic terrorism does not exist, with some critics suggesting that the Pope was stretching or even denying the truth for the sake of Muslim appeasement.