When the Democrats, NeverTrumpers and George Soros Media Matters types are defending McMaster you shouldn’t need any more information to know he is a traitor.

Fire him… The American people didn’t elect him, we elected Trump and his vision! 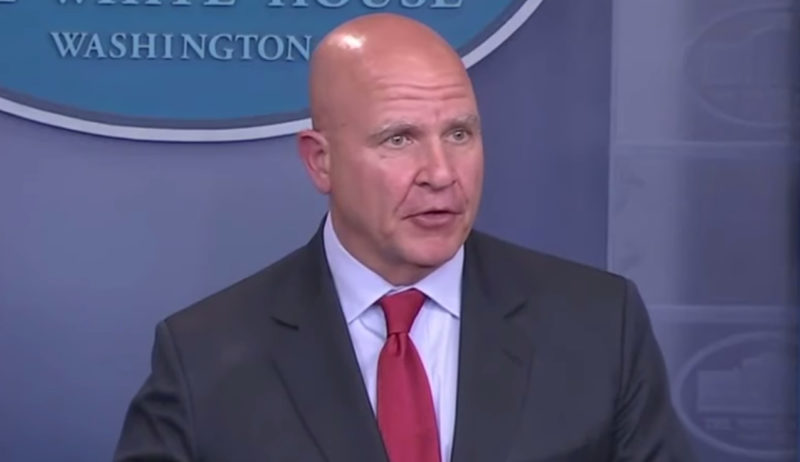 “I know that the president isn’t a big fan of what McMaster’s doing,” the former official declared. “I don’t understand why he’s allowing a guy who is subverting his foreign policy at every turn to remain in place.” he added.

The official continued that he expects a purge of “campaign Trump” loyalists to continue with particular intensity within the next two weeks.

“I just fear there is a real creeping of status quo thinking that is taking over the place. I was upset while I was there in seeing how empowered Obama holdovers under McMaster were to essentially perpetuate Obama-era policies,” another former official told TheDCNF. More