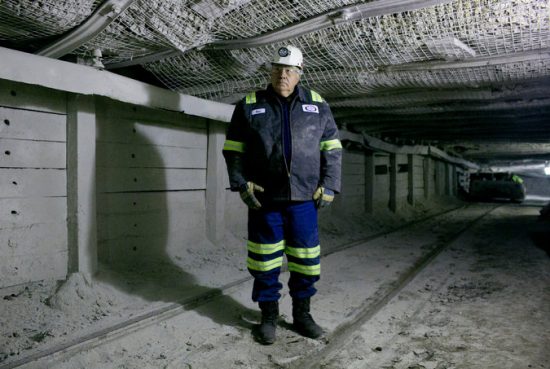 With everything going “green” these days, this isn’t that surprising that they thinking about cutting the workforce. So many coal producers have been filing for bankruptcy already. Obama has been after the coal industry since he was elected.

Murray Energy Corp., the largest privately held coal miner in the U.S., has warned that it may soon undertake one of the biggest layoffs in the sector during this time of low energy prices.

In a notice sent to workers this week, Murray said it could lay off as many as 4,400 employees, or about 80% of its workforce, because of weak coal markets. The company said it anticipates “massive workforce reductions in September.”

The American coal industry, especially in Appalachia, has languished as cheap natural gas replaces coal as fuel for power plants. World-wide demand for coal has also slumped, and new environmental regulations are making many coal mines unprofitable to operate.

The Central Appalachian coal price benchmark is $40 a ton, or half its level from five years ago. Almost all of the biggest coal producers in the U.S. have declared bankruptcy in the past 18 months, including Peabody Energy Corp., Arch Coal Inc. and Alpha Natural Resources Inc.

Robert Murray, the controlling owner of Murray, is a fierce opponent of President Obama and a supporter of Donald Trump. In a statement, the company said the potential layoffs were “due to the ongoing destruction of the United States coal industry by President Barack Obama, and his supporters, and the increased utilization of natural gas to generate electricity.”

The move came just a day after the United Mine Workers of America said it would reject a proposed new labor deal with Murray. The existing contract expires at the end of this year.

Phil Smith, a spokesman for the union, said the rejected deal is just a first step.

The UMWA represents about 3,000 Murray workers, half of whom have already been laid off.