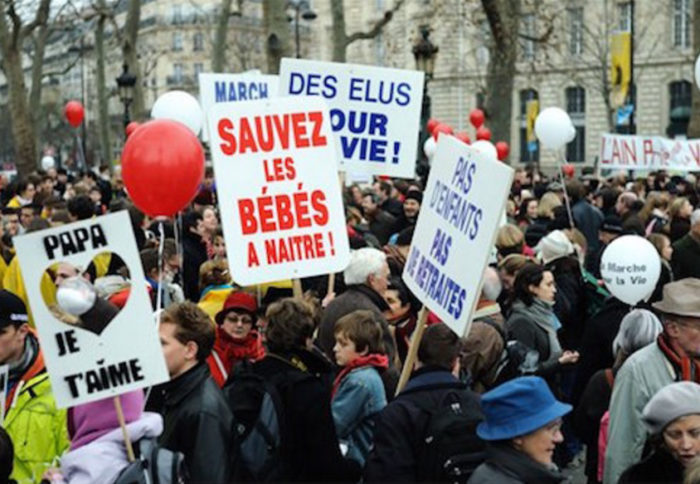 ‘Exerting moral pressure against abortion’ …  Just by saying it’s wrong, can get you 2 years in jail.

France’s socialist government is attempting to crack down on pro-life activists by criminalizing online advocacy at odds with the nation’s abortion regime.

On Thursday, the French National Assembly passed a bill that makes it a crime to post information online that challenges abortion. Pro-life activists who continue to operate online face up to two years in prison and a fine of more than $30,000. The bill is an expansion of a 1993 law that penalized giving out “false information” or physically blocking those seeking abortion from entering clinics. The bill passed by French lawmakers will punish web operators who post material considered “deliberately misleading, intimidating and/or exerting psychological or moral pressure.” More

Many of the French are fighting back against this Leftist onslaught… Let’s just pray that they succeed.