Another mental patient that is given employment as a “teacher.” Do you find it really disturbing how many radicals are indoctrinating future generations in schools?

Inciting violence and destruction of government property is a crime. Pretty sure it’s a felony. 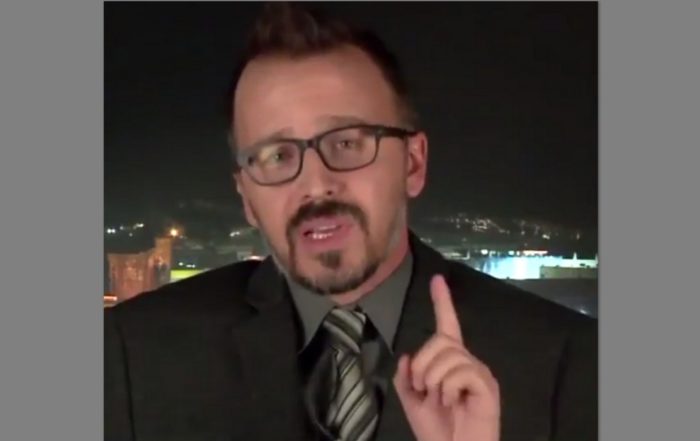 On Tuesday President Trump announced an end the Obama-era program that grants work permits to illegal immigrants who arrived in this country illegally with their lawbreaking parents or guardians.

Ciccariello made headlines last December when he tweeted out that the one thing he wanted for Christmas was “white genocide.”

Ciccariello then went on with Tucker Carlson and said he tries not to puke when someone gives their seat up on a plane to a US soldier.

This week after President Trump’s DACA announcement Cirrariello called on his supporters to slash ICE van tires… but only three of the four tires because if you slash all four tires they can claim it on their insurance. (Ciccariello is not just offensive, he’s stupid.)