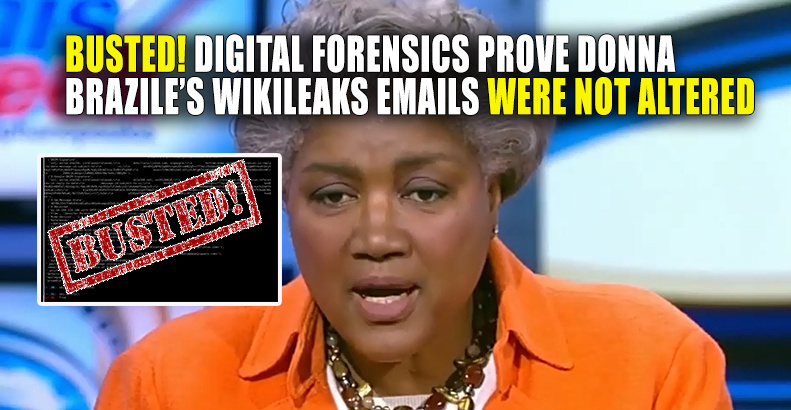 This proves WikiLeaks Email is REAL!

At what point are the Democrats going to be held accountable for all the lies that have been told to the American people?

Most of the Clinton team has been going with ‘don’t recognize’ and ‘Russians!’. Brazile tried to imply they were false, but this puts paid to that.

Cryptographic signatures demonstrate that Democratic National Committee Chairman Donna Brazile is wrong when she suggests the WikiLeaks emails were altered and that she did not send an email tipping off Democratic presidential nominee Hillary Clinton to debate questions.

Many email systems use a verification system called DomainKeys Identified Mail (DKIM) that shows whether an email has been changed. It uses a key stored on the email server that sent the email, so it can’t be forged. More