The clenched fist is a symbol of communist workers movements around the globe. This is proof these demonstrators are brainless. Unable to create their own chants, don’t have a single clue about fascism. Violent too. That is scary beyond words. You stay home & they win. 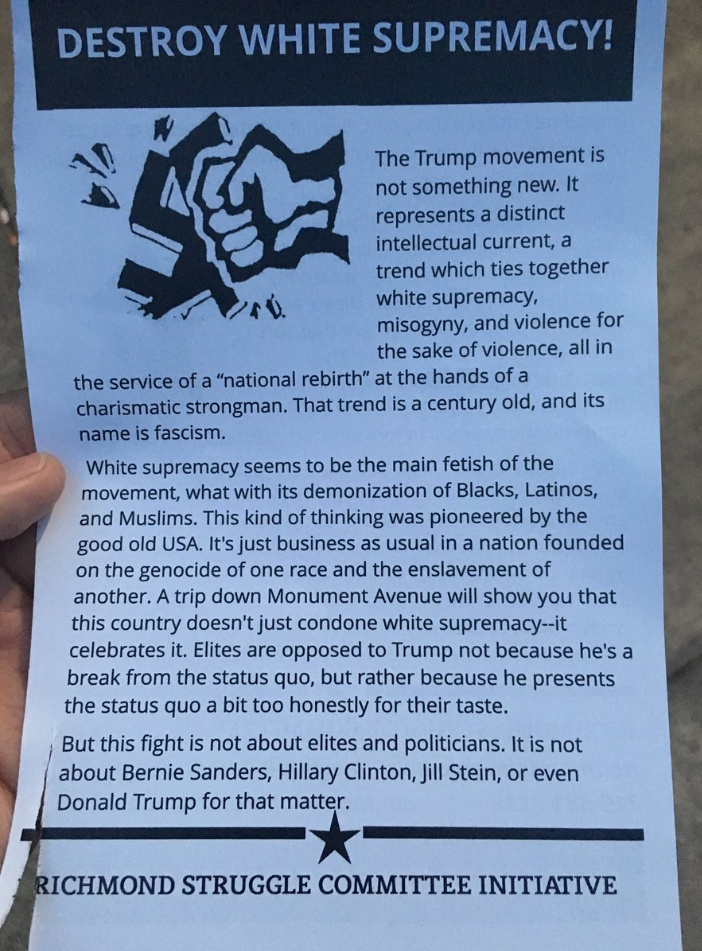 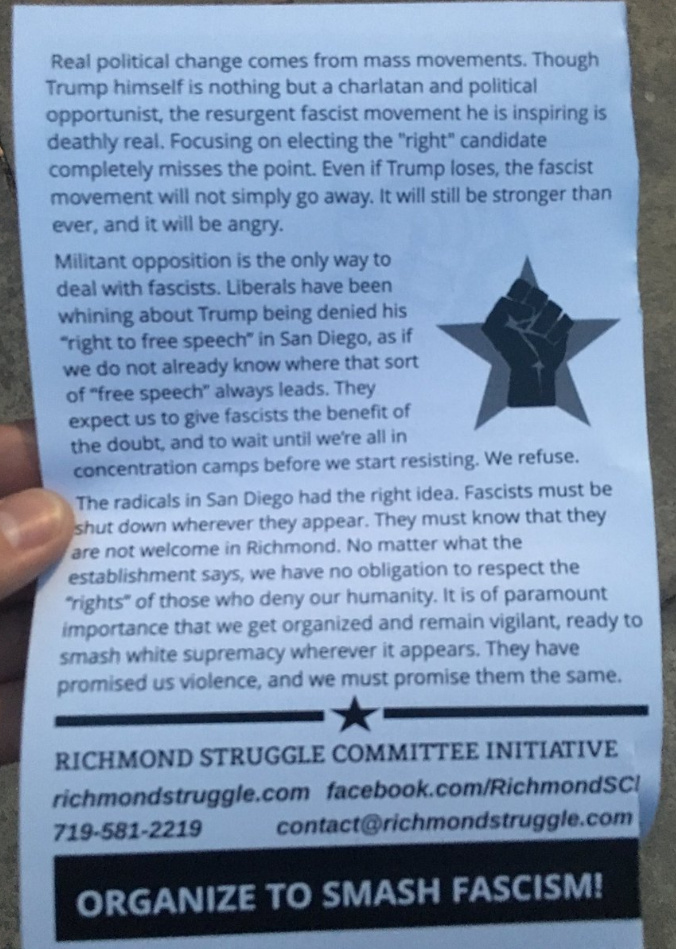 Flier for anti-Trump rally in advance of his event tonight in Richmond, VA pic.twitter.com/S9T9TTo40p

Richmond residents were worried about being assaulted and subsequently arrested them if they fought off their attackers, after being shocked by the vicious swarms, beatings, and mob attacks inflicted on Trump supporters — including women — in San Jose, California. “‘I also would hate to end up in jail for defending myself, because I do not just want to get beaten up on,’” the resident wrote in an email to Richmond Police Chief Alfred Durham.

“With that being said, I want to be perfectly clear that we will not allow or tolerate any types of illegal behavior at this event. Police personnel will take swift action and make arrests if they witness any unlawful acts,” Durham said at a Thursday press conference, reading the email to reporters.

The ACLU of Virginia said it would plant “observers” to make sure that free speech rights are observed, but did not seem to want to preserve the free-speech and assembly rights of Americans who support Trump. “If police go too far in trying to preempt any disruption by protesters, they run the risk of infringing on their free-speech rights,” said a public policy associate. More