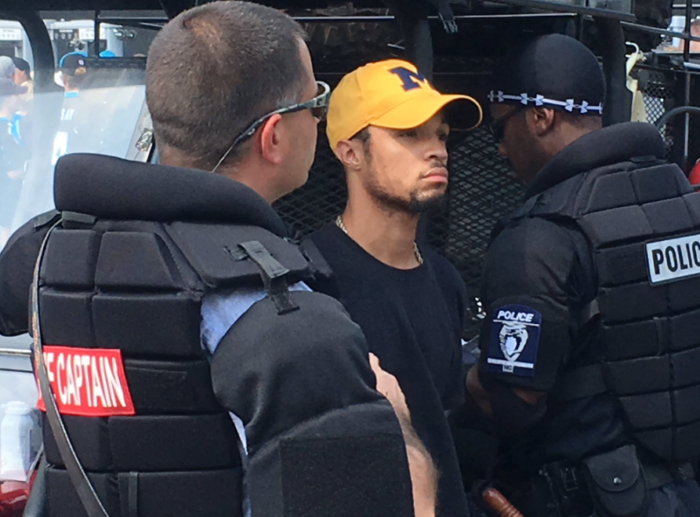 What was this protester planning on doing with his loaded concealed gun? Good thing the police caught him before he could do anything crazy.

One man was arrested outside Bank of America Stadium Sunday after police discovered he was carrying a concealed weapon.

According to CMPD, Bruce Garmon, 30, was charged with carrying a concealed weapon.

A large crowd of demonstrators assembled outside the stadium around 11:30 Sunday morning and have peacefully protested since that time.

Sunday’s game was declared an “Extraordinary Event” by the City of Charlotte early Sunday morning, which allows for increased security measures and specifies particular items that are prohibited from being brought into certain boundaries of the event. Garmon appears to be a protester from Facebook posts. Police may want to have a chat with Mr. Garmon about his intentions.

Hillary Gets Super-Sized Podium For Debate

Is Utah About To Become Ground Zero For The End Of Fedcoat Tyranny?
May 17th, 2021 Sons of Liberty Media