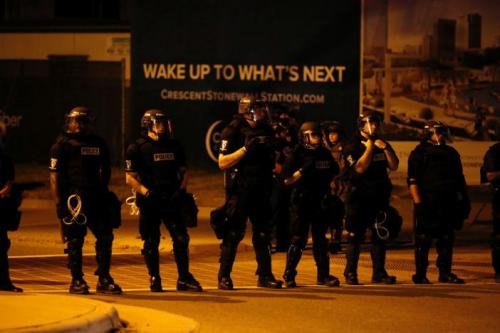 This BLM protester should be thrown in jail for tearing up his own city and running down the officers that protect it. What a mess BLM is making.

Police say the man accused of hitting three officers and looting a restaurant during the Charlotte protests has been arrested.

Jamil Gill has been charged with striking three officers with his car on I-85 during protests following the shooting death of Keith Lamont Scott.

Gill was also captured on surveillance video looting Jimmy John’s at the Epicentre during the protests, according to police.

Gill was taken into custody in Greensboro on Monday. He is being transported back to Charlotte, where he faces three counts of assault with a deadly weapon (vehicle) on a government official and for breaking entering, larceny, damage to property, and conspiracy to commit a felony.