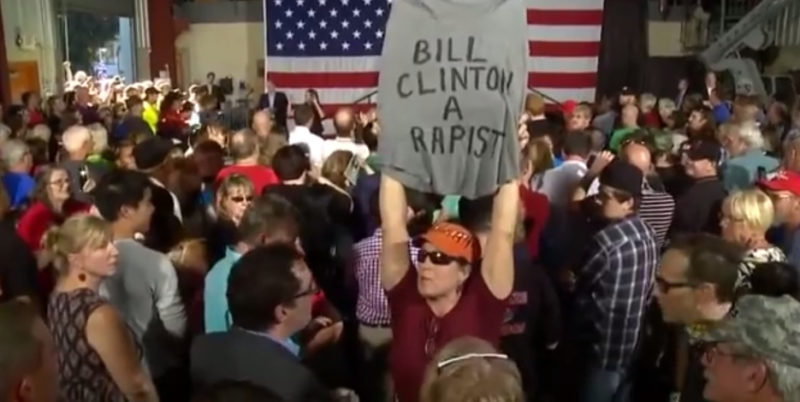 He is a rapist, and Hillary victimized, demonized and threatened his victims. Why would those people cheer for him? Haven’t they done any homework at all?!

Bill Clinton was called a “rapist” and accused of harming women during a campaign speech in Canton, Ohio on Wednesday.

A woman at the event held up a t-shirt reading “Bill Clinton is a rapist” while also shouting “Bill Clinton harms women” at the former president. She was booed by audience members before being escorted from the venue.

Clinton jabbed back at the heckler, though it is unclear if he knew he was being called a rapist.

“I tell you one thing,” Clinton said with a wave of his hand. “I love it when people come into my rallies. It’s a dead giveaway when they don’t ever want to have a conversation because they know they’ll lose the conversation.” More