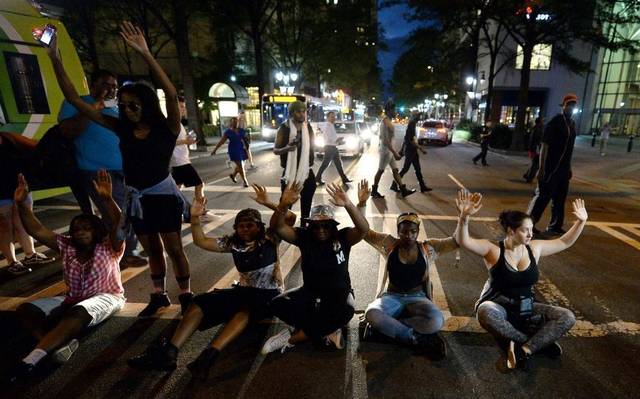 All protesters that block roads should be arrested. They are blocking the way for emergency vehicles who are trying to save people.

They don’t care about facts. Keith Lamont Scott had a gun and wouldn’t drop it, but he’s still the victim to them just because he’s black and they can use him for their cause. Doesn’t matter that he could have killed the black officer who shot him.

This was the moment of silence for Justin Carr, who was killed by a man amongst the ‘protesters’. Yet again, they refuse delivery of actual facts, believing and pushing there’s some huge conspiracy ant the police killed him.
Multiple arrests have been made already…

Interesting scene here at #KeithScott protest at the Omni pic.twitter.com/XksWbq0eDj