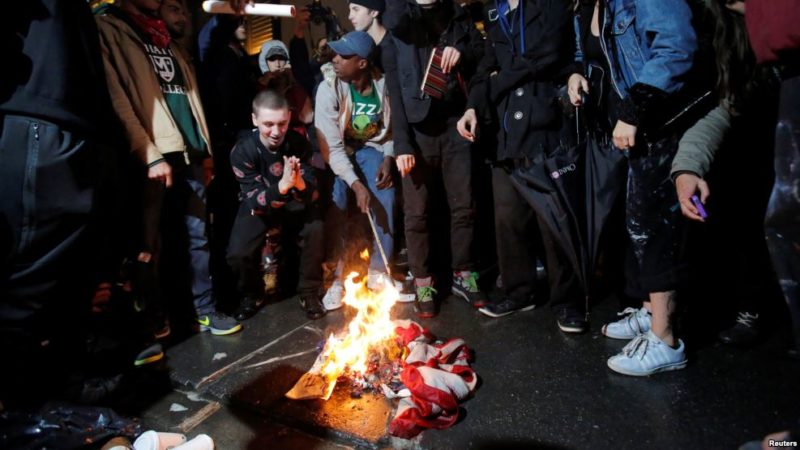 Did the protesters forget that the candidate they probably voted for supported consequences for flag burning just like Trump? 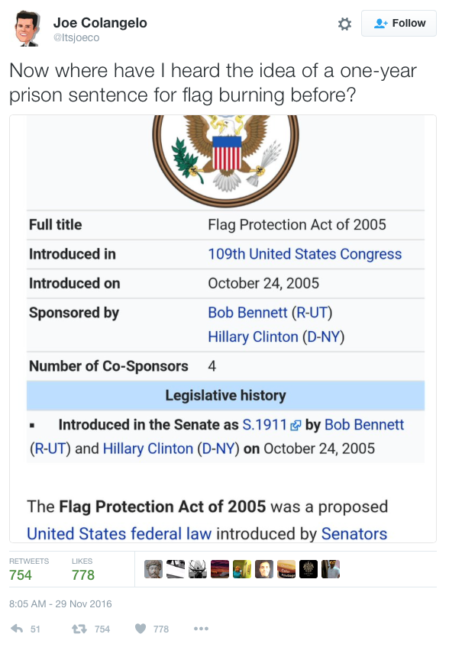 “Oops!” We did it again
Reject a Fascist America#FlagBurningChallenge#1stAmendment#NotMyPresident#NoDAPL#RevCom pic.twitter.com/YqxY69xNIO

Just hours after President-elect Donald Trump tweeted that there “must be consequences” for burning the American flag, protesters set the stars and stripes ablaze outside Trump Tower.

Twitter video shows members of the far-left NYC Revolution Club pouring an accelerant on a pair of American flags and lighting them on fire.

The U.S. Supreme Court ruled in 1989 that flag-burning was not a crime but rather a form of protest protected by the First Amendment

In his tweet yesterday, Trump suggested that an individual who burns the flag should face serious consequences, such as loss of citizenship or a year in jail.

Let us know what you think in the comments.