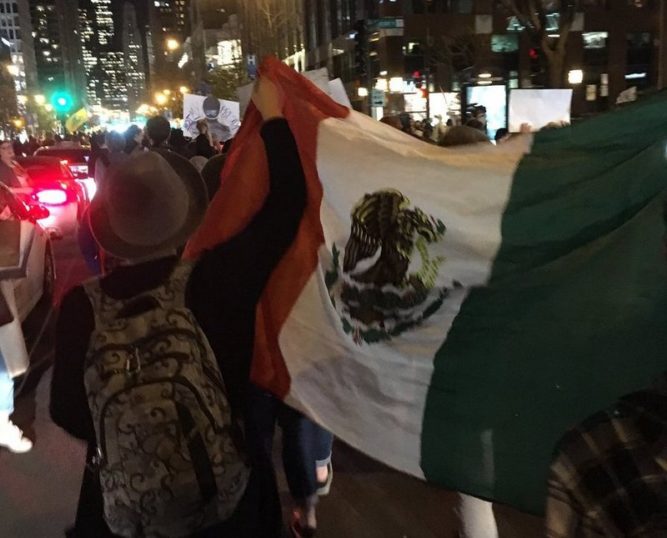 If these protesters never thought America was great in the first place, then why are they still living in America? Maybe they should just move already.

They were chanting, “Not my president!”

This is Chicago tonight…..
Thousands on the street refusing to accept the will of the people.

#Trump #protest in #Chicago heading North on State. “No Trump, No KKK, No Racist USA” pic.twitter.com/KrBqRQYVAr

It’s fair to say there are a few thousand people out here now, Trump Tower in Chicago #Protest pic.twitter.com/krLuS27jXk