Well, it looks like something has finally awakened the sleeping giant. Thank God! Liberals have set the standard and we really hope they enjoy having to live by them too.

We need to get involved and make our voices heard because liberals will never stop on their own! Please go to the Facebook page of this America-hating theater company, and let them know what you really think of them here! Are they really trying to start a war? 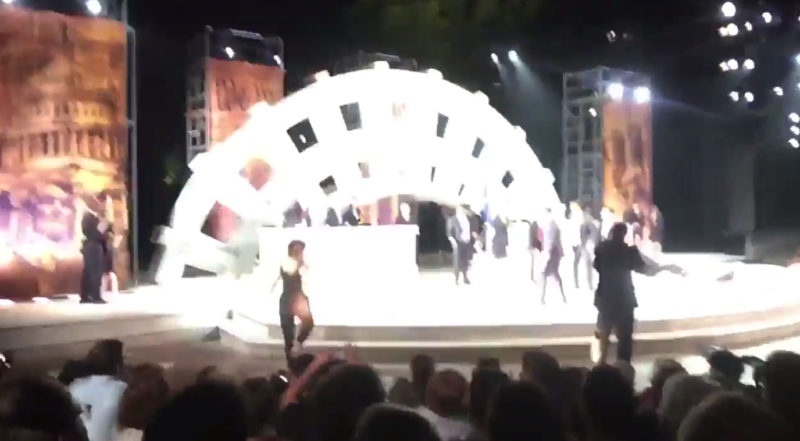 The Shakespeare in the Park rendition of Julius Caesar is still scheduled to play this weekend in Central Park after the shooting of GOP Rep. Scalise by a devout Bernie Sanders supporter.

The New York Times and CNN’s parent company Time Warner are standing by their sponsorship of a play that depicts the brutal assassination of President Donald Trump, raising the question of whether the news reporting outlets should retain their credentials to cover and have access to President Trump. Delta Airlines and Bank of America have reportedly dropped their support for the play in the wake of public outrage over the play’s depiction of Trump’s assassination.

Tonight the performance did not go as planned.

Mike Cernovich posted video from inside the venue.

Live from Shakespeare in the Park in NYC. pic.twitter.com/5U0Y26AGKA

Laura Loomer from Rebel Media attended the performance and ruined the liberal fun.

This went on for over half a minute.

The liberal crowd booed her!!! WOW!

Jack was screaming, “Goebbels would be proud!! You’re a Nazi crowd!”