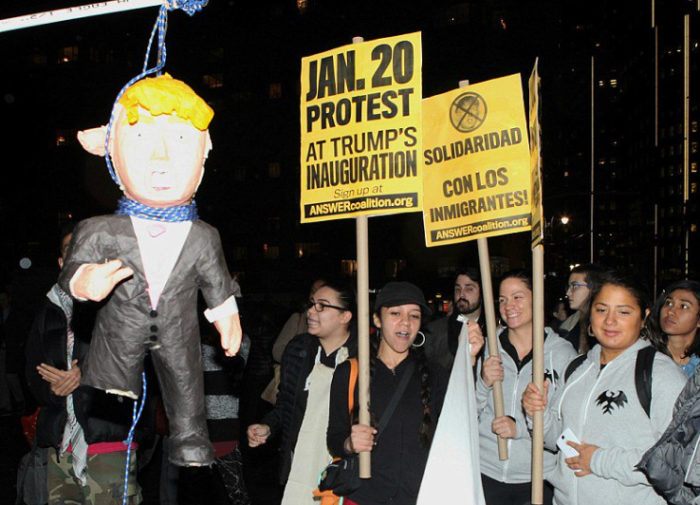 If they can follow the money and prove that they are actually funding criminal activity with the new unnamed Attorney General they could actually prosecute them under the RICO act. If they’re shown to be an organization fomenting violence there could be some criminal charges in there too.

A left-wing charity organization with unknown sources of money is providing the funding for protests around the country — some of which have turned into violent riots — that have threatened a divided nation’s ability to unify after a contentious presidential election.

The Progress Unity Fund is a tax-exempt 501(c)3 organization — the same classification as the Red Cross. The group’s mission is to “provide a progressive alternative to mainstream charities,” according to its IRS filings.

One of the sources of money in the past for ‘The Progress Unity Fund’ has been The Tides Foundation, a foundation that has funded a slew of left wing organizations and causes, including Media Matters, ACORN and John Podesta’s Center For American Progress. Tides was founded by Drummond Pike and has received millions from George Soros.