Parents, please get your kids out of our public school systems. It’s the single most important thing you can do for your children. Public schools cannot be fixed simply by going to school board meetings. The only solution is vouchers, charters, home school and online education. Once the corrupt indoctrination industry we call public schools has totally collapsed, we will be able to go in and rebuild our schools’ systems. Marxists are controlling them now. 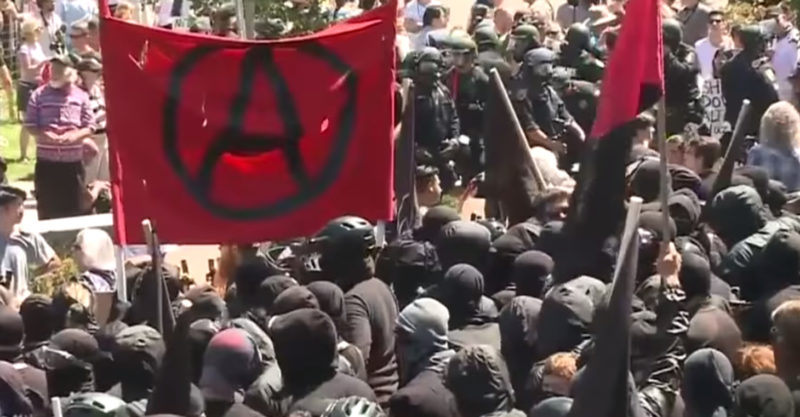 Daily Caller: Public school teachers are behind a leading far-left militant group that is part of the Antifa network that federal officials say is committing “domestic terrorist violence.”

By Any Means Necessary, which has played a key role in riots in Berkeley, Sacramento and elsewhere, has dozens of public school teachers among its members, including among its most prominent leaders.

The FBI and Department of Homeland Security began paying closer attention to Antifa groups in general after BAMN and other extremists started a riot and attacked marchers at a white nationalist rally in Sacramento last July, Politico reported on Friday. The Sacramento violence left at least 10 people hospitalized, several of whom had knife wounds.

One of BAMN’s most prominent organizers is Yvette Felarca, a Berkeley middle school teacher and pro-violence militant. Felarca currently faces charges of inciting a riot for her role in the Sacramento violence.

After BAMN and other antifa groups staged violent protests in Berkeley to keep right-wing author Milo Yiannopoulos from speaking, Felarca defended her group’s acts of violence. BAMN was able to cancel another event, this time an April speech by pro-Trump author Ann Coulter, by promising a repeat performance of the Milo riots. More

It Wasn’t Comey’s Decision To Exonerate Hillary... It Was Obama’s

CAUGHT ON VIDEO: Teacher Forces Students To Remove Pro-Trump Shirts Because It's Like A "Swastika"