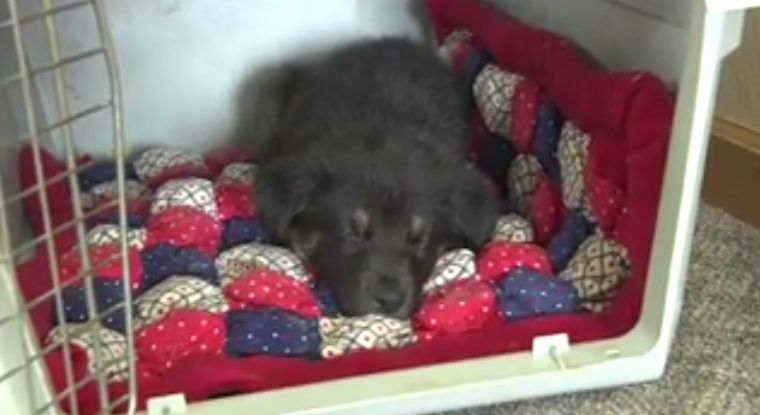 So so sad to hear about how these poor fur babies were abandoned. Funny how the lame-stream media fails to blame the protesters who feigned concern over the ‘environment’ yet left a dumping ground behind along with so many helpless animals.

It was a hectic week as law enforcement officials worked to clear the Oceti Sakowin protest camp in North Dakota. As officers moved in, and protesters moved out, garbage wasn’t the only thing abandoned.

Two dogs and six puppies were found and rescued at the main Dakota Access Pipeline camp by Furry Friends Rockin’ Rescue. Those with the rescue have been working hard to catch all of the animals left behind at the camp — and they’re not giving up on these abandoned pets.

“Extremely sad — being these guys were left behind. But we offer, Furry Friends offers hope. I mean, there’s so much hope within Furry Friends as far as these puppies finding homes,” said Tiffany Hardy. More