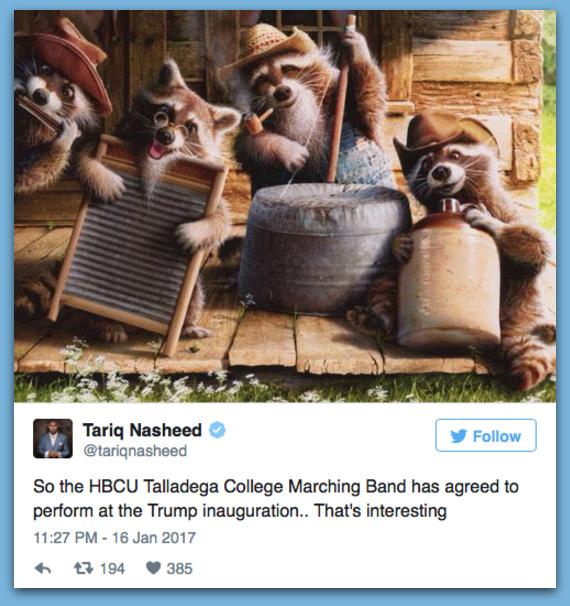 Activists are some of the biggest racists in the world…

A race activist referred to a historically black college’s marching band as “coons” for playing at President-elect Donald Trump’s inauguration.

“So the HBCU [historically black colleges and universities]Talladega College Marching Band has agreed to perform at the Trump inauguration…that’s interesting,” Nasheed wrote, adding a picture of a group of raccoons playing instruments. More