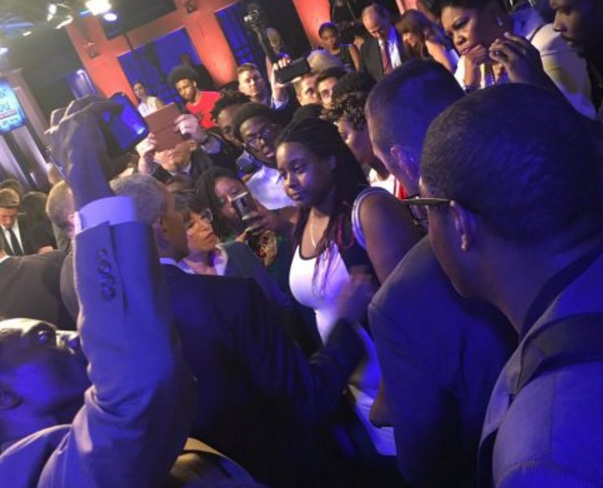 Guess they thought she might embarrass Barry. Can’t have that.

The daughter of a New York City man killed by police claimed Thursday that she was “railroaded” out of asking President Obama a question during a televised town hall in Washington on race and policing.

“I was railroaded! I was railroaded by ABC on the two-year anniversary of my father’s death!” a visibly upset Erica Garner said, according to a pool report filed from the event. “That’s what I have to do? A black person has to yell to be heard?”

Garner said that ABC had offered her a chance to participate in the event.

Since her father’s death, Garner has become a vocal civil rights activist and endorsed Bernie Sanders in the Democratic presidential primary. Eric Garner died after being placed in a choke hold by police on July 17, 2014.

Reporters only entered the theater after the taping of Obama’s event concluded.

Eric Garner’s death was one of a string of police-related killings of black men in cities such as Ferguson, Mo., Baltimore and Charleston, S.C., that sparked nationwide anger.

Thursday’s town hall was organized to give Obama the chance to mediate a discussion about the lack of trust between law enforcement and minority communities following two separate police shootings in Louisiana and Minnesota.

Their deaths were followed by a racially motivated sniper attack on officers in Dallas, capping off a string of violence that shocked people around the country.

The dustup with Garner showed feelings on both sides remain raw.

She could be heard asking to speak to the president, and the two apparently did get a chance to talk, according to a photo posted by a Twitter user inside the room. More