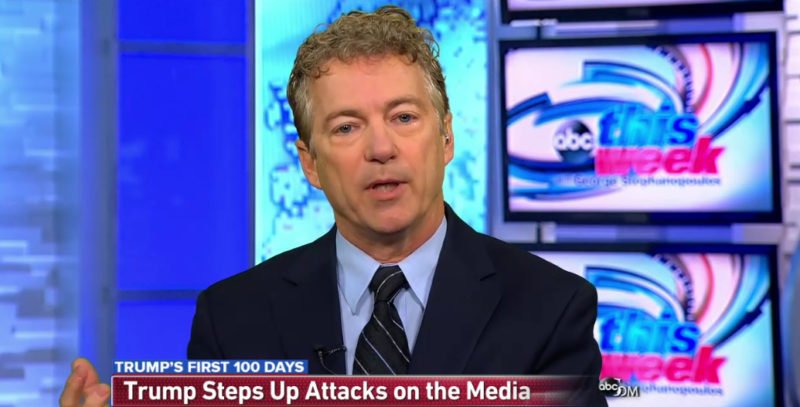 Finally, a Senator that stands up for President Donald Trump & puts the smack down on John McCain. McConnell and Ryan please take note.

The Kentucky senator said the nation is “very lucky” Donald Trump is in charge and not McCain.

Meanwhile, McCain continued his attacks on Trump this morning comparing his actions to a dictator.

He argued that the nation is “very lucky” that Trump is president and not McCain, who won the 2008 GOP nomination but lost to Barack Obama in the general election.

Paul said that McCain’s recent criticisms of Trump are driven by his “personal dispute” with the president over foreign policy.

He added that McCain and Trump are at odds because McCain supports the wide deployment of U.S. troops to protect and promote American interests abroad while he characterized Trump’s views as closer to a realpolitik approach to foreign policy.

“Everything that he says about the president is colored by his own personal dispute he’s got running with President Trump and it should be taken with a grain of salt because John McCain’s the guy who’s advocated for war everywhere,” Paul said on ABC’s “This Week.”