He should have been charged with a second-degree assault. 4th degree is the equivalent of spitting in your general direction and a $7500 bond is ridiculous for such a violent attack.

Paul’s neighbors said it was not over a ‘lawn dispute,’ as media has been claiming. They are upset media seems to be victim blaming Paul, whose lawn they say is in good condition. –WZ 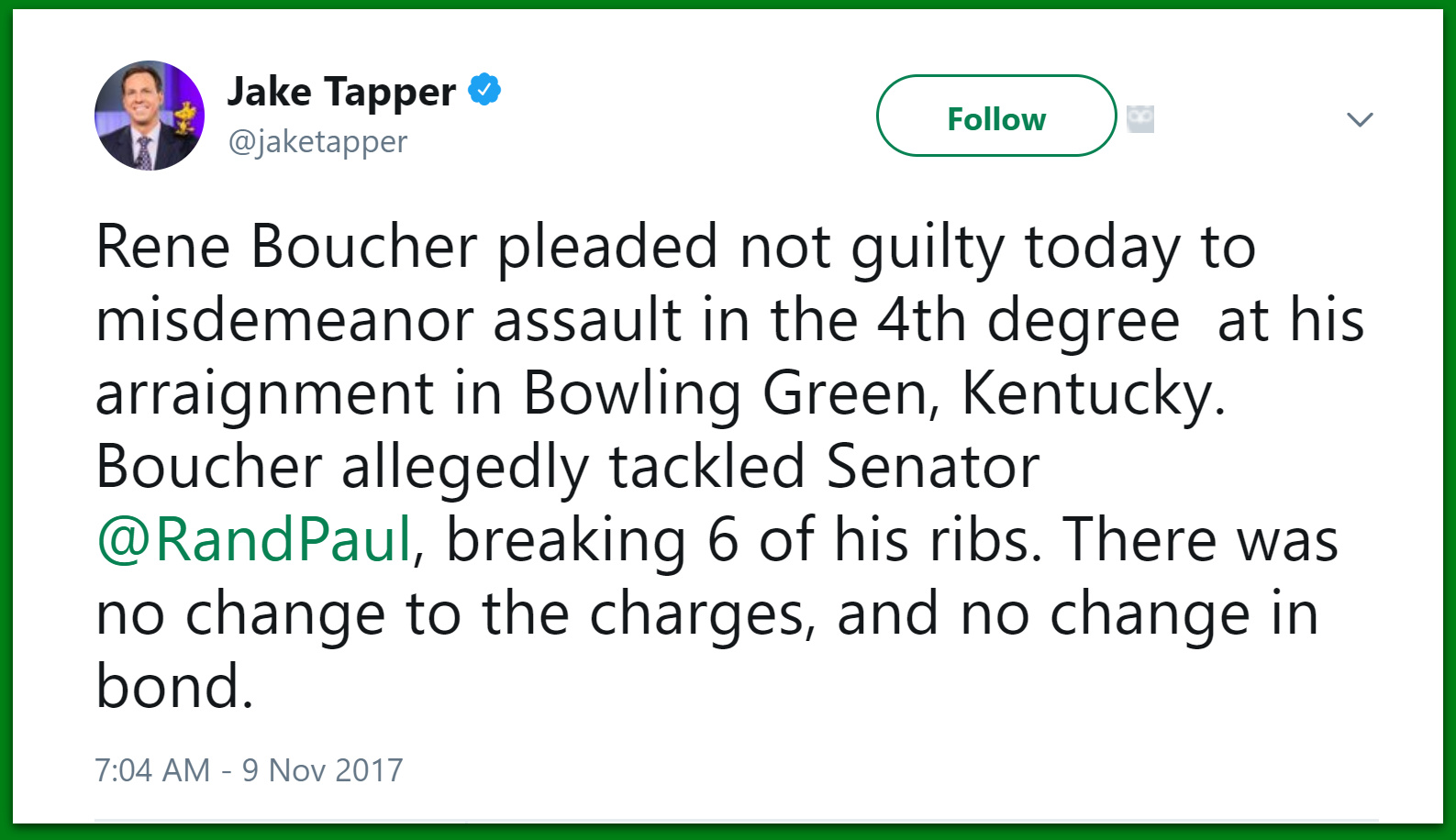 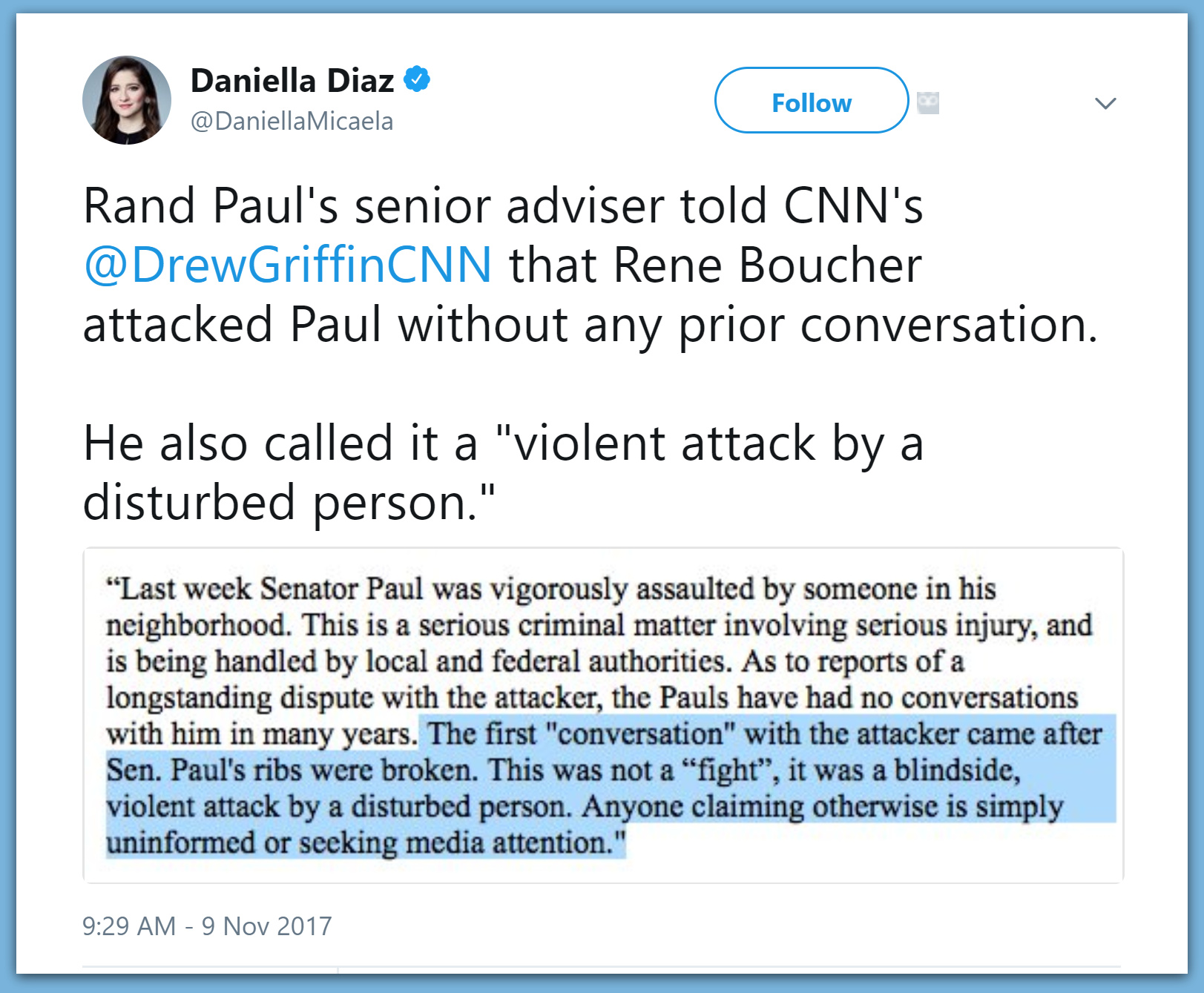 The neighbor of Sen. Rand Paul, who attacked the Kentucky Republican on Saturday while he was doing yard work, pleaded not guilty on Thursday to misdemeanor assault.

Rene Boucher, 59, who shares a property line with Paul, appeared in court in Bowling Green, Ky., on Thursday. If convicted of the assault charge, Boucher faces up to a year in jail.

The 59-year-old retired anesthesiologist has a pre-trial hearing Nov. 30, according to the Associated Press.

Boucher reportedly tackled Paul to the ground Friday while the senator was doing yard work. Paul suffered six broken ribs and fluid build-up around his lungs.

“I appreciate all of the support from everyone. A medical update: final report indicates six broken ribs & new X-Ray shows a pleural effusion,” Paul tweeted Wednesday. Read more at WE.

Franklin Graham Has This Warning For All Parents!